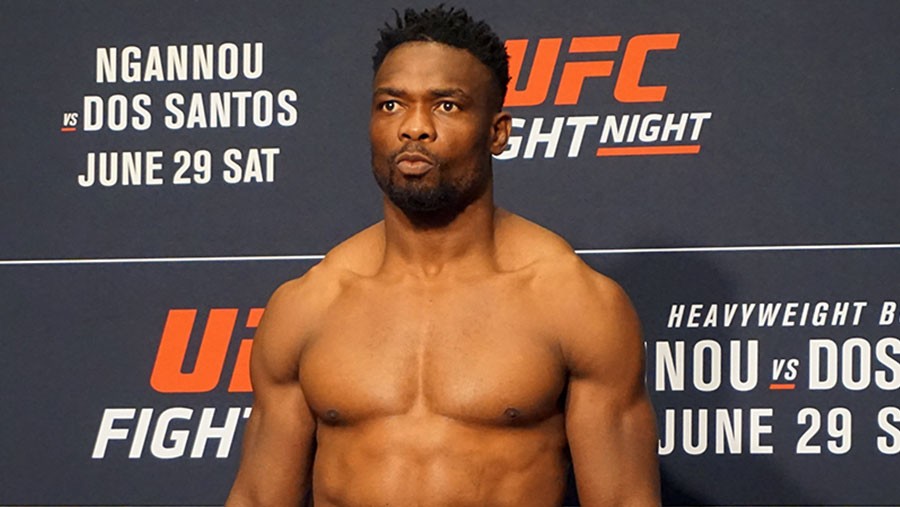 In the preliminary card of the UFC Vegas 50: Santos vs Ankalaev, the Congolese fighter Dalcha Lungiambula takes on the American native Cody Brundage in a Middleweight showdown.

Dalcha Lungiambula is 2-2 in the octagon till date, but has been facing some considerably stiff competition. The “Champion” had fought at both Light Heavyweight and Middleweight since jumping to the UFC. He has picked up wins over Dequan Townsend and Markus Perez, while losing to top prospect Magomed Ankalaev.

Brundage entered the UFC as a short-notice replacement against Nick Maximov at UFC 266. The bout did not go his way, ending in an unanimous decision loss for the 27-year old fighter. A veteran of Dana White’s Contender Series, Brundage came up short on the show in 2020, but a win on the regional circuit under the LFA banner was enough to get him the call to face Maximov.

There’s no denying the ferocity of Lungiambula. He has good judo, great composure, and uncanny levels of cardio. He’s not afraid to mix it up on the feet or on the ground. Lungiambula’s strength is one of his biggest assets, being so strong allows him to pull of manoeuvres and deny his opponent advantages where they might be the better fighter.

Cody Brundage is a grappler first and foremost. He does possess very fast kicks which he uses to set up his takedowns. Brundage has had a tough run in the UFC, losing to William Knight in the DWCS, and Nick Maximov in his UFC debut. These are two high level opponents that shouldn’t really cause much of a blemish on his record.

The advantage Cody Brundage brings into this fight is his wrestling game. He may be able to punish Dalcha Lungiambula on the feet with some of those kicks, before attacking the hips. Eventually if he secures the takedown then it could be a long night for Lungiambula.