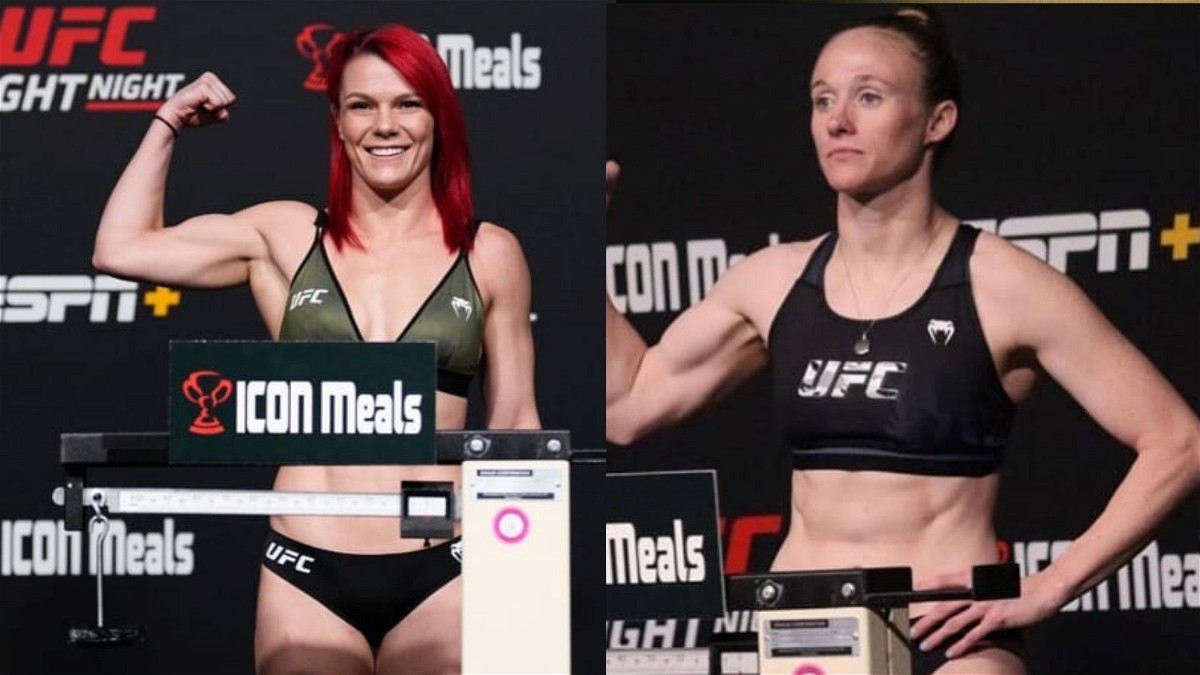 UFC Vegas 50 will take place on March 12, 2022, inside the UFC APEX facility in Las Vegas Nevada. In the headline bout, Thiago Santos will take on Magomed Ankalaev in a five-round light heavyweight contest. Other than the main card, the preliminary card is also stacked with exciting match-ups.

One of them was the women’s flyweight fight between JJ Aldrich and Gillian Robertson. The fight is going to be super interesting and exciting to watch. Here’s the breakdown and prediction of the bout.

Robertson(10-6) will come into the fight after a win against Priscila Cachoeira at UFC 269 via submission. That win halted her two-fight losing streak which started against Taila Santos at UFC Fight Night 183. The Canadian joined UFC in 2017 and went on to win three consecutive fights.

Robertson is a Black belt in Brazilian jiu-jitsu it justifies her seven professional submission wins. For her, the fight is very important in order to go up in the ranks.

Aldrich (10-4) is currently on a two-win fight streak and recently defeated Cortney Casey and Vanessa Demopoulos. After an unfortunate loss against Juliana Lima in her UFC debut fight, Aldrich has grown a lot and has defeated fighters like Danielle Taylor, Polyana Viana, Lauren Mueller, etc.

She is a black belt in Taekwondo and also has a background in Brazilian Jiu-Jitsu. Eight out of her ten professional wins have come from decisions that say a lot about the fighter’s cardio. She will be looking forward to winning in this fight to get closer to fighting the top five fighters.

On paper, it’s a very interesting fight but it’s going to be extremely close. Aldrich will have the reach and height advantage. It will be easy for her to use her dynamic striking in order to put pressure on Robertson. She will come forward and will like to out volume her opponent in terms of striking.

With her cardio and power, it will be effective for Aldrich to keep the fight on the feet and continue her dominance. On the other hand, Robertson is an all-out wrestler and has proved her skills from time to time. She is a submission specialist and would like to shoot for the legs as soon as she gets a chance. But Aldrich has a great takedown defense which will make things harder for Robertson.