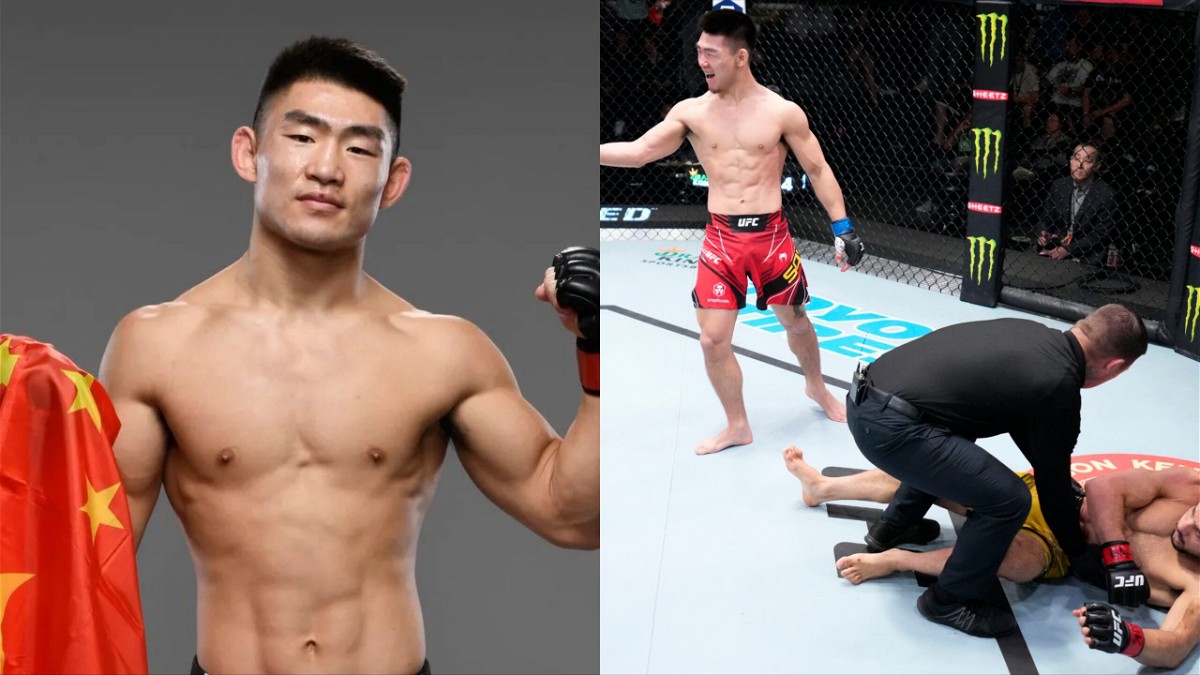 Song Yadong just took on former UFC bantamweight title contender Marlon Moraes at UFC Vegas 50. Coming into this contest, Moraes was on a three-fight losing skid. Yadong extended it to 4 as he finished the Brazilian off in the first round.

The Chinese fighter made his UFC debut in 2017. Since then, he has had 10 fights in the promotion so far and Song has won 8 of them. Today’s victory, however, was perhaps the most important one for his UFC career so far.

The 24-year old started the fight off on the front foot. Moraes got clipped by a right hand in the very first round itself which sat him down. However, he got his bearings back momentarily and dodged a few of Song’s punches.

However, Moraes could not evade the punches for long as Yadong eventually found a way through his guard. A straight strong jab got through and knocked the 33-year old out. This is the 4th straight KO/TKO loss for Marlon Moraes in the UFC now.

During his post-fight interview inside the Octagon, Song Yadong called for a fight against Dominic Cruz. Today’s win increases his streak to 3 in a row and it also guarantees him a place in the top 10 of the 135lbs division.

“I’m happy and I feel sorry because Marlon is also a very good fighter. I wish him win but I need to win too. Our first round was actually planned for defence mostly. But I feel there’s a chance, so I have to catch it, I want fight next Dominic Cruz. I have a lot of respect for him… but let’s go.”

Dominic Cruz is currently ranked no. 7 in the division and he is not booked for any upcoming fights. Young and fresh blood such as Yadong will be the perfect opponent for Cruz to test his skills and see what he has left in the tank at the later stage of his career.