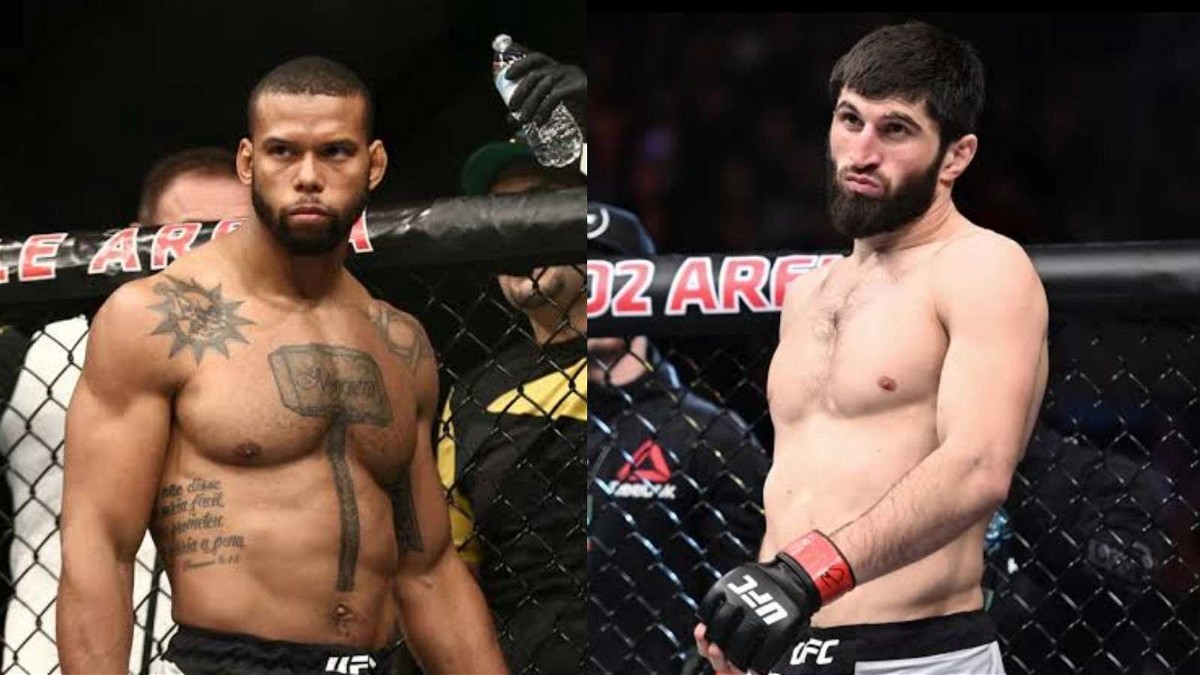 This weekend UFC will bring back MMA action with UFC Vegas 50. The event will take place inside the UFC APEX facility in Las Vegas, Nevada on March 12.  The whole fight card is stacked with exciting match-ups and fans are thrilled for it. The event will be headlined by the light heavyweight bout between Thiago Santos and Magomed Ankalaev.  The significance of the fight is massive as both the fighters are trying to make their way to the title shot. Both the fighters are determined to register a win and get closer to the title fight. Here’s the breakdown and prediction of the Santos vs Ankalaev fight.  Thiago Santos(22-9) is currently the #5 fighter in the division and is on his way to continuing his winning streak. The fighter won only once in his last four fights and cannot afford to lose again. In his last fight, Santos defeated Johnny Walker at UFC Vegas 38 via unanimous decision.   On the other hand, Magomed Ankalaev(16-1)  is currently on an impressive eight-fight win streak and has no interest in losing his momentum. He has dominated his way through some of the toughest challenges in the light heavyweight division like Ion Cuțelaba, Nikita Krylov, etc. In his last octagon appearance, he faced Volkan Oezdemir and won the fight via unanimous decision. He is currently #5 in the overall division rankings and is looking forward to getting even higher.

This is going to be an interesting matchup as both the fighters are very exciting to watch. Santos has a lot of experience and has fought elite fighters like Kevin Holland, Jan Błachowicz, Jon Jones, Glover Teixeira, etc. But currently, he is in very bad form and might not be able to do much against Ankalaev. Even though he has the power advantage it’s hard to get a knockout against Ankalaev.  Ankalaev is the better wrestler, better grappler, great striking, etc. Overall he will throw more strikes and dominate Santos. He will try to maintain the speed of the fight by slowing it down. The Russian will try to mix the striking with sudden takedowns and ground and pound. Overall, it’s hard to see  Ankalaev losing against Santos.  Prediction: Ankalaev via unanimous decision.
Tags: Magomed AnkalaevThiago SantosThiago Santos vs Magomed AnkalaevUFC Vegas 50
Previous Post