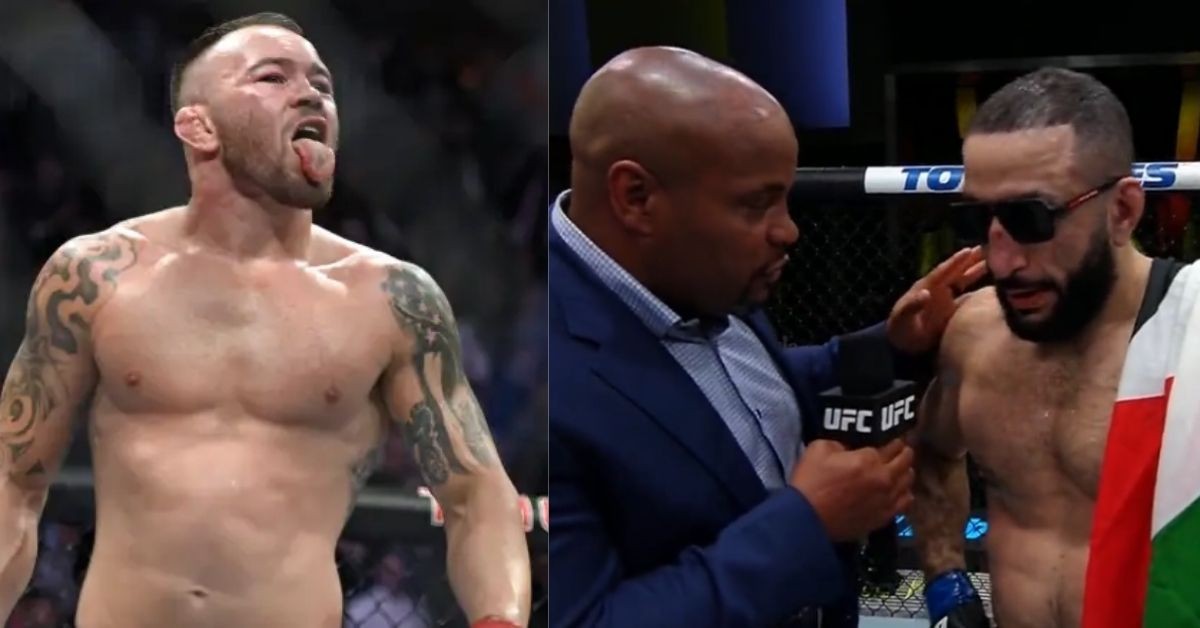 Vincente Luque and Belal Muhammad shared the UFC Octagon for the second time in a rematch after more than five years. The first time around, Luque picked up a first-round stoppage win over Muhammad. However, as it turned out, Belal Muhammad avenged the KO loss with a comfortable unanimous decision victory over Vicente Luque at UFC Vegas 51 to settle the scores.

The bout marked the first main event for Vicente Luque in the UFC in 17 fights inside the Octagon. Luque came into the fight with a submission win over Michael Chiesa, while Muhammad stepped inside the cage with a win over Stephen Thompson from back in December of 2021.

Muhammad called out Colby Covington after the fight. He further ridiculed the former interim champion and accused him of fighting lightweights. “I am a real 70-punder,” Belal announced. “I am winning fights, I am not Masvidal off two losses, I am not Woodley off five losses, I am Bully B, I am off seven wins. Come and fight a real champ coward.”

Colby Covington is currently ranked #1 in the UFC’s welterweight rankings, and it goes without saying that a win over Chaos would confirm a title shot. Belal has shown incredible striking in his last few fights and showed just how much he has improved in all aspects of the game tonight.

Belal’s ability to circle the Octagon and switch stances proved to be quite an adversity for Vicente Luque. He was not just able to land several body kicks but also took him down in under three minutes of the fight, winning the first round convincingly. Going into the second round, Belal’s straights once again connected, giving him an edge in the significant strikes over Luque. He was able to take down the Brazilian fighter with 90 seconds remaining on the clock, bringing his takedowns to 2 from 2.

Luque tagged Belal with a short left hook in the third round that wobbled Belal. He followed it up with a vicious left, only to be met with an unsuccessful takedown attempt from Belal Muhammad. Luque’s pressure finally paid dividends, as he connected several right hands in the third round, opening up a cut on Belal’s nose. And while Belal was able to takedown Luque in the third round as well, it was Luque’s power punches that stole the show.

Belal bounced back stronger in the fourth round, taking the Brazilian fighter down in the opening minutes of the fourth round. Once again, Belal Muhammad answered Luque’s pressure with incredible movement, and footwork, landing several significant strikes on arguably one of the fiercest punchers in the UFC.

I have to give Belal some credit for coming back from a Tko loss and getting some revenge ???? Impressive display of courage.

Going into the fifth, the sense of urgency was evident from Luque, who looked to shut the light out off Belal Muhammad. However, an ever-elusive Belal Muhammad was able to keep himself away from any danger. On the contrary, he took him down with two minutes left on the clock, and not only controlled him on the ground but showed great success on the feet.

After everything was said and done, it was Belal Muhammad, who not only avenged his KO loss against Luque but picked up his seventh straight win inside the cage.