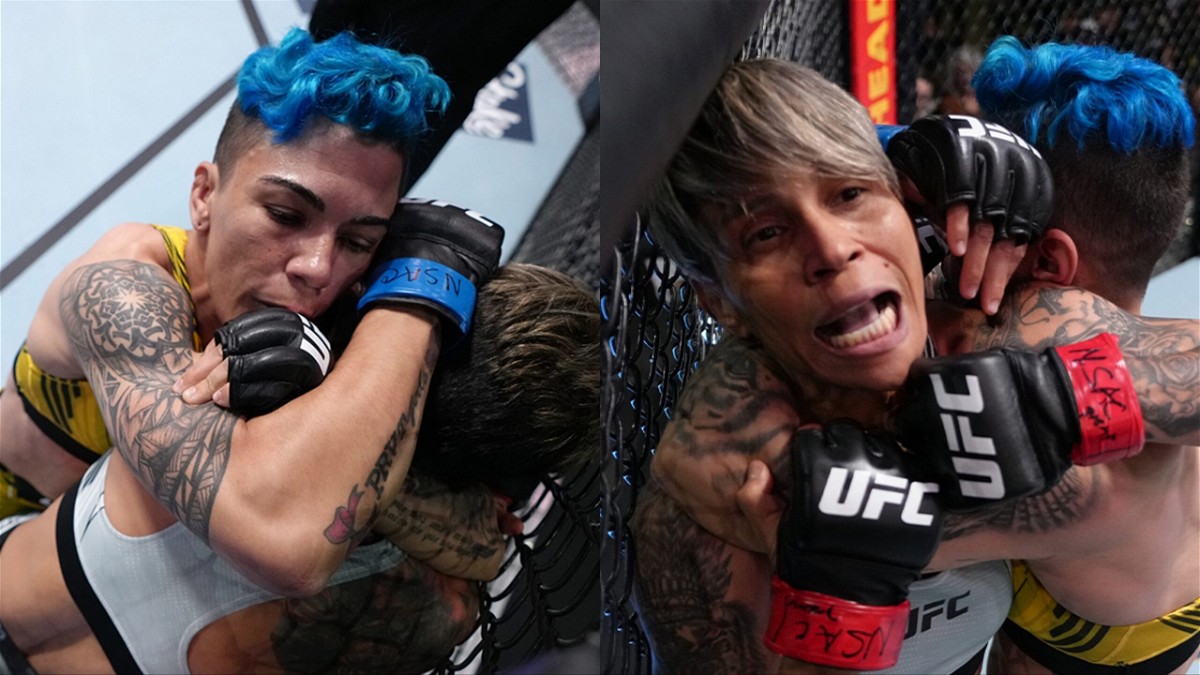 Jessica Andrade and Amanda Lemos fought in the main event of UFC Vegas 52. The fight was crucial for both fighters because Jessica was on a mission to get her belt back while Lemos was looking to beat the former champion of the division to take the next step in her career.

That dominant performance may have put Jessica Andrade back into title shot talks ???? #UFCVegas52 pic.twitter.com/tGBWAS9h9g

But Jessica finished the fight in the most spectacular way possible. Although Lemos started off well by landing big kicks from the outside using her longer reach, Andrade closed the distance in no time and caught Amanda in a standing arm triangle. The former champion showed her strength and locked it in effortlessly. It was the first submission of its kind in the UFC.

• Lando Vannata vs Charles Jourdain: Charles Jourdain got the victory in the second fight of the night. Similar to the first one, this one also ended in a guillotine choke submission. Jourdain managed to lock in a one-hand chokehold. While Vannata was trying to scramble out of it, Charles locked both of his wrists and Lando had to tap out.

This guillotine from Jourdain was tight ???? #UFCVegas52 pic.twitter.com/4sfw2UDDOv

Barriault locked him up and didn’t let go ???? #UFCVegas52 pic.twitter.com/yyJnlQDe4j

The event featured one of the best Fight Night cards in terms of entertainment value in recent times. From the prelims to the main card, the event delivered a lot of finishes throughout the night.

In the main card, there were four submission finishes. Marc-Andre Barriault caught Jordan Wright in a guillotine in the very first fight of the main card. In the following bout, Charles Jourdain repeated the same as he also submitted Lando Vannata via guillotine choke. Clay Guida fell prey to a submission too as Claudio Puelles finished him with a kneebar.

But it was the main event where history was created as Jessica Andrade submitted Amanda Lemos via the first standing arm triangle in the UFC.

Dwight Grant vs Sergey Khandozhko won the honour of the ‘Fight of The Night’. While Jessica Andrade and Claudio Puelles got the bonuses for ‘Performance of The Night’ for their submission finishes of Amanda Lemos and Clay Guida respectively. All of them will receive $50,000 each.

Rumble in the Jungle 2: Francis Ngannou Reveals Date and Venue for Fight Against Tyson Fury