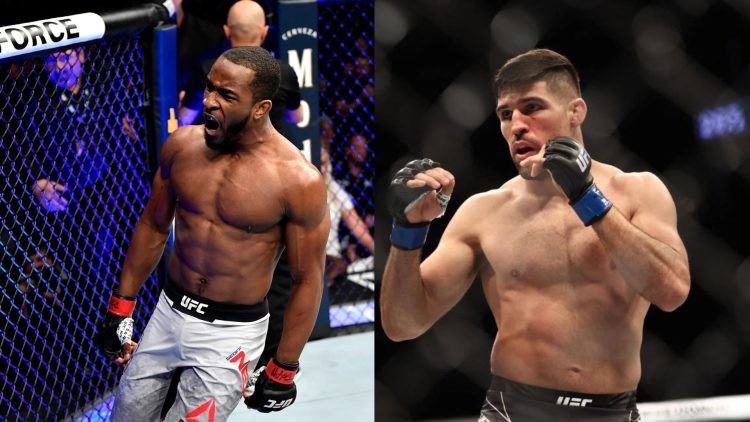 UFC Vegas 59 features an exciting co-main event bout between Vicente Luque and Geoff Neal. This fight does not have any title implications but it’s guranteed to be a barn burner.

When we look at Geoff Neal’s last three fights it does seem like he is on a decline. However, his fighting style is a perfect match for Vicente Luque, who is one of the most entertaining fighters on the roster.

Vicente Luque is coming off a loss to top UFC welterweight, Belal Muhammad. It was a difficult matchup for Luque since Muhammad is an elite wrestler in the division and Luque always strugles with opponents who can put on a high pace fight.

So who will come out victorious in this welterweight matchup?

Welterweight is one of the most stacked divisions in UFC. And winning against the top UFC welterweights is not an easy task. While Kamaru Usman sits on the throne with his welterweight title, top contender such as Khamzat Chimaev, Colby Covington and Gilbert Burns are nightmare matchup for anyone.

However, Vicente Luque and Geoff Neal will have an opportunity to ean a fight against the top contenders if they come out victorious at UFC Vegas 59.

Luque is the favorite to win at UFC Vegas 59 despite coming off a loss to Belal Muhammad. The 30 year old Brazilian mixed martial artist has some big wins in the division such as Michael Chiesa, Tyron Woodley and Leon Edwards.

However, Luque is not the best fighter against elite strikers who can manage distance and put on a good volume against their opponents. Though Luque has knockout power Geoff Neal is durable and has not been finished in his recent fights.

The fight is likely to go to decision. And Neal is likely to win this fight by a decision. Even though Neal has not shown up at his best in his last few fights a 3 round fight favors him.

Vicente Luque is not someone who will go for the finish in the early rounds. In his recent fight against Nike Price, Luque was lost the early rounds before stopping the fight in the third round.

Vicente Luque even struggled to win rounds against Mike Perry, who is difficult to finish and can put a high volume. Geoff Neal is a better striker than Niko Price and Mike Perry. And it’s unlikely that Luque is going to finish him in 3 rounds.

Geoff Neal is likely to do better in the early minutes of the fight, which should be enough for him to win the fight.