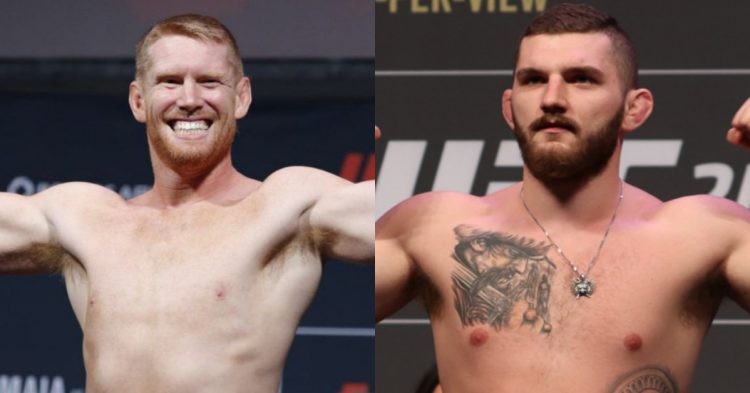 UFC Vegas 59 is set to go down this weekend. It will see Thiago Santos taking on Jamahal Hill in the main event. It will also determine the TUF 30 winners in the heavyweight and women’s flyweight divisions. In the prelims of the event, Sam Alvey will fight Michal Oleksiejczuk in the light heavyweight division.

It is not controversial to say that Sam Alvey is perhaps on the chopping blocks of the UFC. He has not won a contest since beating Gian Villante via split decision in 2018. Since then, Alvey has had 8 fights with 7 losses and 1 draw. He has lost his last three fights to Julian Marquez, Wellington Turman and Brendan Allen.

Michal Oleksiejczuk fought Khalil Rountree on his UFC debut in 2017. Although it ended in a no-contest, he beat Gian Villante and Gadzhimurad Antigulov in his next two fights. He lost his last fight to Dustin Jacoby, but Michal had beaten Shamil Gamzatov and Modestas Bukauskas prior to that.

At this point, Sam Alvey needs a win desperately to keep his UFC career going. Although he has an overall career record of 33 wins and 17 losses, his UFC record is less flattering. With 12 losses and 1 draw, Alvey has won 11 fights in the promotion.

He came into the company in 2014 and had some decent wins over the likes of Nate Marquardt and Rashad Evans. However, his recent abysmal run of form may bring his association with the UFC to an end if he loses on Saturday.

Despite having an 86% takedown defence, Sam has been finished via submission twice in his last 3 fights. But, Sam does land 3.30 strikes per minute while absorbing 3.57 strikes in the same period. Alvey has 11 knockouts and 3 submissions in his career. But it does not seem like he will need to use his grappling much this weekend.

Michal Oleksiejczuk is a dominant striker with 11 knockouts. He lands at a rate of 4.75 strikes. He has finished Shamil Gamzatov, Gadzhimurad Antigulov and Gian Villante via strikes. So the fans can expect to see a brawl on Saturday. Although Oleksiejczuk has a height and a reach disadvantage, he is almost 9 years younger with more power.

Taking Sam’s recent record into consideration, it will be hard to pick the 36-year-old to win. Although any outcome is possible inside the Octagon, the smart pick will be Michal Oleksiejczuk.