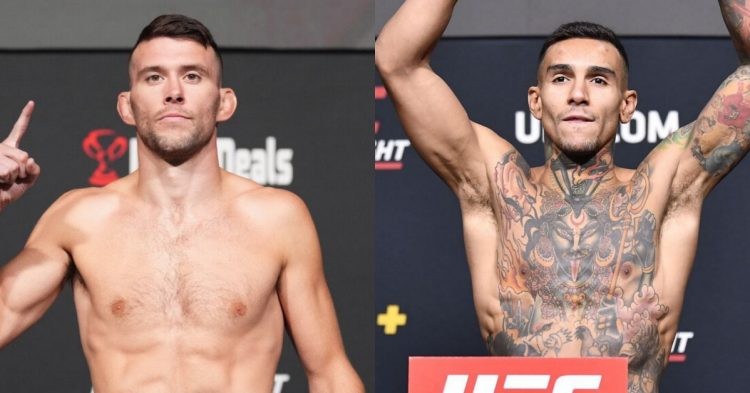 UFC makes its return to Apex this weekend with a Fight Night event. This weekend’s UFC Vegas 60 features bantamweight fighters Cory Sandhagen and Song Yadong in the main event. The co-main event will see a banger of a bout between Gregory Rodrigues and Chidi Njokuani. Although the card is not the most star-studded one, it features a lot of entertaining fights.

Another great fight on the card promises to be between Andre Fili and Bill Algeo. While Fili is a well-rounded fighter, he will face a great striker in Bill Algeo. However, Algeo also has good grappling skills. But Fili can more than handle himself on the feet. So, it remains perhaps the most well-matched contest on the entire card.

Fili has not won a fight since beating Charles Jourdain via split decision in 2020. Since then he has lost to Bryce Mitchell and Joanderson Brito via unanimous decision and TKO respectively. His bout against Daniel Pineda ended in a No Contest because of an accidental eye poke. Bill Algeo, on the other hand, has won both of his last two fights this year against Joanderson Brito and Herbert Burns respectively.

As mentioned previously, Andre Fili has a decent finishing rate. He has knocked out 9 opponents in his career. But, Andre has also submitted 3 of his opponents. So it signifies that Fili is capable of doing some damage on the ground. However, he has not been in great form lately and his last finish came against Sheymon Moraes in 2019.

Andre Fili surprisingly absorbs more punches than he lands. The featherweight fighter absorbs 3.92 strikes per minute while landing only 3.82 strikes. Nicknamed Touchy, Fili takes his opponents down 2.49 times per fight on average with an accuracy rate of 50%.

Bill Algeo lands an average of 5.73 strikes per minute while absorbing 4.18 at the same time. He also lands 0.92 takedowns per fight. Although he has not submitted anyone in the UFC so far, Algeo does have 6 submission wins in his career. Algeo has not been knocked out in his career, while Andre Fili’s last fight ended in him getting TKO’ed.

So the path to victory for Andre seems like taking Bill down and trying to submit him. Nicknamed Senor Perfecto, Algeo does have 2 submission losses. However, it does not look like Fili will be able to take Algeo down. If Algeo’s last two fights are any indication, he has improved his ground game a lot. So Bill Algeo will be the smart pick to beat Andre Fili this weekend.