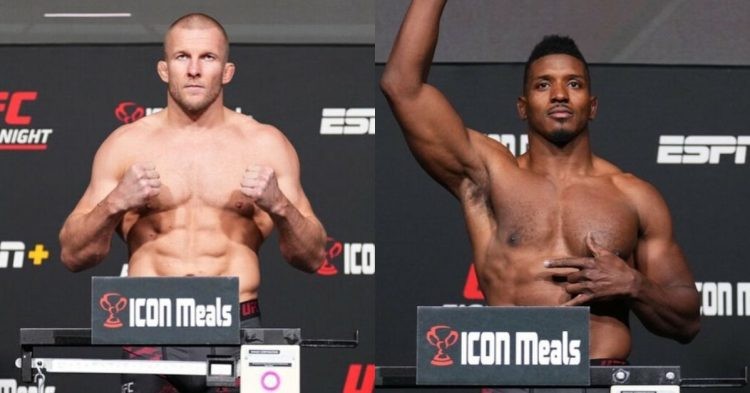 UFC Vegas 62: Grasso vs Araujo is set to take place on October 15th at the UFC Apex in Las Vegas. This event features several exciting matchups that are sure to entertain the viewers throughout the evening.

The action gets rolling LIVE on @ESPNPlus at 4pmET!

Light heavyweight contender Misha Cirkunov will step inside the octagon to take on Alonzo Menifield in a three-round bout on the main card of this event. Leading into this matchup, Cirkunov suffered a brutal submission loss to Wellington Turner in his last fight.

Misha is in bad form as he has failed to win any of his last three fights. With that being said, Cirkunov is in a dire situation as a fourth consecutive defeat would look bad on his record. On the other hand, Alonzo Menifield bounced back from his loss and knocked out his opponent Askar Mozhorov in his last fight.

Atomic is currently unranked in the division and it is needless to say that this is a crucial matchup as a win would help him make a case to get into the top 15 of the division. As we move ahead, let’s compare the stats of these two light heavyweight contenders that will collide against each other at UFC Vegas 62.

After a great start with four successive wins in his UFC career, Misha Cirkunov has been very inconsistent against the top contenders in the light heavyweight division. It has been a similar story for Alonzo Menifield in the UFC but he is in much better form with three wins out of his last four fights.

Speaking about the styles of the two fighters, Alonzo Menifield likes to stand and bang and he is very aggressive. Meanwhile, Misha Cirkunov is a type of fighter who likes to take the fight to the ground as he is a highly skilled submission specialist.

With that being said, Menifield needs to be careful while striking aggressively as a bad move could result in a takedown and things could get worse for him. So far in his UFC career, Alonzo has shown that he has good takedown defense and that alone gives him a strong edge in this matchup.

Because Menifield has the power and tools to finish the fight on the feet. Hence one can expect Alonzo to dominate this matchup from start to finish and claim a thumping win at UFC Vegas 62.