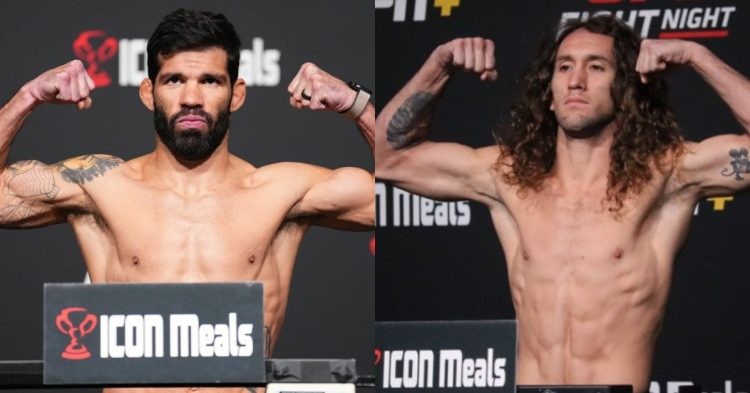 UFC Vegas 62: Grasso vs Araujo is all set to begin with its proceedings this weekend on October 15th at the Apex in Las Vegas. Bantamweight contender Raphael Assuncao will return to action as he kicks off the main card of the event against Victor Henry in a three-round bout.

The action gets rolling LIVE on @ESPNPlus at 4pmET!

Going into this matchup, Assuncao will be under tremendous pressure as he is going through a torrid patch in his UFC career. The Brazilian bantamweight contender is on the back of four consecutive losses and therefore another defeat could probably put his career in jeopardy.

On the other hand, Victor Henry picked up a terrific win over Raoni Barcelos in his UFC debut back in January 2022. It would be interesting to see if he capitalises on his momentum and defeats a tough opponent like Assuncao in his second fight.

As we move ahead, let’s compare the stats of the two bantamweight contenders that will clash against each other at the UFC Apex.

This could well be the last fight of Raphael Assuncao as the bantamweight veteran is 40 years old and a loss at UFC Vegas 62 would make it very difficult for him to rise through the ranks in this stacked division. Speaking about this matchup, Henry has an edge over Assuncao when it comes to striking.

Victor’s striking output and durability stood out in his UFC debut and it is needless to say that he will give the Brazilian a tough time on the feet. With that being said, Assuncao’s game plan and best method to win this fight would be to attempt takedowns and submit his opponent.