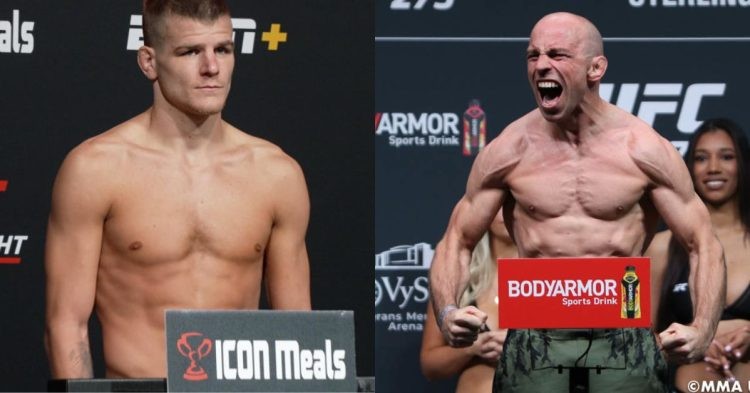 The UFC will return to it’s apex facility this weekend with the UFC Vegas 64 event with a number of exciting matchups. The card will be headlined by Marina Rodriguez and Amanda Lemos of the women’s strawweight division.

With that being said, let us preview one such exciting matchup on the main card of the event between Grant Dawson and Mark Madsen. It is worth noting that Dawson is stepping in to fill for Drakkar Klose.

Grant Dawson has been unbeaten in his last ten fights and will look to mark his eleventh straight victory. In the process, he has gone up against the likes of Leonardo Santos, Ricky Glenn and most recently against Jared Gordon. His fight against Gordon showed why he his a real threat as Dawson pulled off a submission victory, the 12th of his career.

On the flipside, Mark Madsen will make his fifth UFC appearance and is still protecting his unbeaten record. Madsen has had to work very hard to keep it battling close decisions with Austin Hubbard in 2020, Clay Guida in 2021 and Vinc Pichel back in April this year. Moreover, he has had a short time to prepare for Dawson who is likely to be his toughest test so far.

Madsen vs Dawson: how does the fight play out at UFC Vegas 64?

As mentioned earlier, Grant Dawson will be the toughest test of Mark Madsen’s career so far. The two are elite level grappler and if their grappling cancels each other out and a stand-up battle breaks out, you have to back Dawson. Madsen is a tough competitor of the highest level, but he does not have the same level of striking as his opponent.

The key to victory for Mark Madsen will be to keep the fight on the ground as much as possible. Moreover, it is a three-round fight which can benefit him. However, it will be tough task for the 38-year-old and Grant Dawson will most likely end his winning streak. That said, it will be interesting to see who comes out on top come Saturday night.

Prediction: Grant Dawson to via decision at UFC Vegas 64.