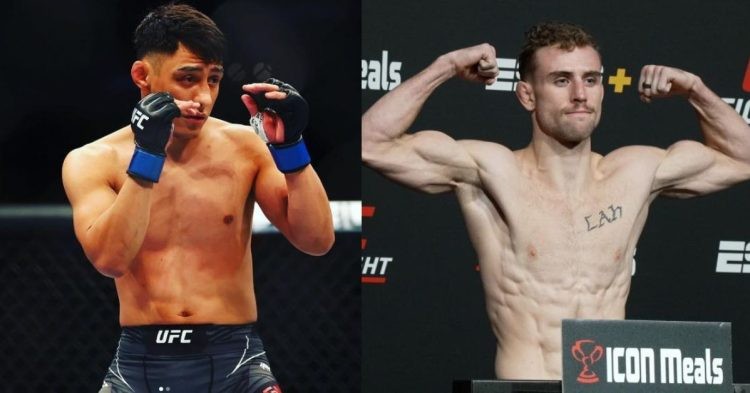 Fernie Garcia (10-2) will lock horns with Brady Heistand (5-2) in this upcoming bout, which takes place in the prelims of UFC Vegas 65. Garcia is coming off a decision loss against Journey Newson. However, he has good finishing skills, as he knocked out Joshua Weems in the Contender Series.

On the other hand, Hiestand will be returning to action for the first time in 14 months. He is also coming off a loss but has significant wins over veteran fighters Josh Rettinghouse and Vince Murdock. Hiestand lost to Ricky Turcois in the TUF 29 finale and will be hoping to bounce back from that loss.

Garcia has a solid gas tank but his lack of ground games and takedown defense can be a huge game-changer in this fight. His technical boxing could stop Hiestand, and if he can exploit his opponent’s poor cardio then he can pick up a win.

Meanwhile, Brady Heistand is looking pretty good in this matchup. However, his main weakness is his cardio. Heistand is a great wrestler and his relentless takedown attempts can be a problem for Garcia. But he also has to keep his cardio in check, to not get gassed out mid-fight.

Heistand will utilize his wrestling to take down Garcia, and then it’s Hiestand’s fight. He can control his opponent through superior ground games. Hiestand is an average striker but his key to victory in this fight will be his wrestling.

Garcia is a good technical boxer and is capable of doing significant damage to Hiestand. The latter has a base in wrestling but can trade shots to set up takedown attempts. I believe Hiestand will throw a lot of haymakers before attempting a takedown. If he is lucky, he won’t get caught with Garcia’s sharp counters.

However, Hiestand has been out from fighting but he is more than ready. His solid wrestling and relentless takedown attempts will be a big factor in this bout. Garcia has a chance with his striking but I believe Hiestand will keep him busy with his takedowns and get a decision win.