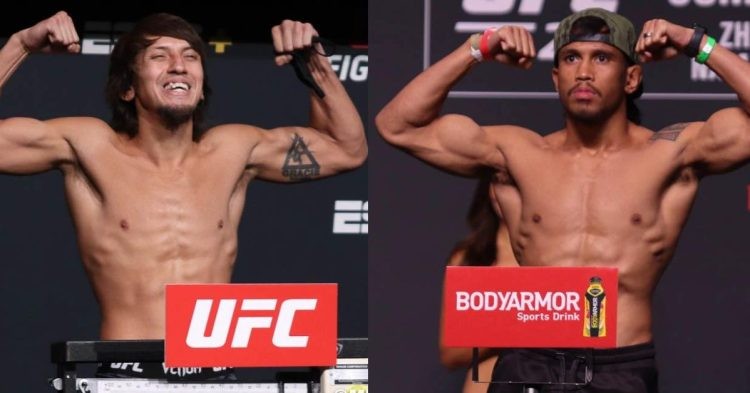 The prelims of UFC Vegas 65 will see an exciting battle as Ricky Turcios takes on Kevin Natividad. Turcois has a professional record of 11-3 and during his journey in The Ultimate Fighter (TUF) 29, he has shown pure aggression and the majority of the wins came by this strategy. However, he lost his UFC debut to Aiemann Zahabi, but in this fight, he will try to bounce back from that loss.

On the other hand, Natividad is currently 9-2 and suffered two losses since his UFC debut. Natividad was on a five-fight win streak until he was knocked out by Miles Johns. In his next fight, he was knocked out by Danaa Batgerel in the first round. Both men like to put up war and their tendency of going into battle will guarantee a blasting performance.

Ricky Turcios has the power and durability to get win this fight. He also has a good gas tank and all of this combined can earn him a win this weekend. Turcios is a known slugger and his aggressive fighting style will be his key to victory.

Turcois’ grappling may not be enough in this matchup, but his ground defense can save him from a violent ground-and-pound. This fight will be close and entertaining, but their skillset of Turcios will get him a decision win, if not an early stoppage.

Kevin Natividad, on the other hand, is coming after a vicious defeat at the hands of Danaa. He is a very good grappler but I doubt if he can hold down and control Turcios in this fight. His only chance lies in his ground games and relentless takedown attempts.

Natividad cannot stand and trade shots with Turcios. However, previously it was seen that a patient and a good strategy can beat Turcois’ aggressive fighting style. But this is not the case for this matchup, as both men will be putting up a slugfest.

Turcios will enjoy the size advantage over Natividad. Turcois’ key to victory in this fight is his pressure fight style and relentless power shots. His striking can stop Natividad but he will need to be aware of his opponent’s grappling skills.

Both of the fighters are well-rounded, but Turcios’ cardio and volume strikes are enough to control Natividad. However, Natividad is a talented wrestler and Turcois has a weak takedown defense. With that being said, Turcois will piece up Natividad with his volume punches and outpoint his opponent to get a decision victory.