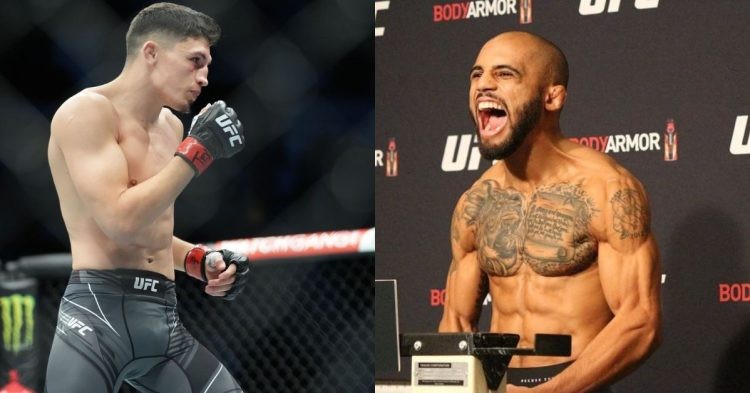 Vince Morales will be taking on Miles Johns in the prelims of UFC Vegas 65, this weekend. Morales has a professional record of 11-6 and is coming off a defeat to Jonathan Martinez. He is 2-3 in his last five outings and will be looking to get back in the winning ways this weekend.

Meanwhile, Miles Johns is currently 12-2 and like his opponent, he is also coming off a defeat. Johns was on a two-fight win streak until he was submitted by John Castañeda in his last fight. Both of the fighters are in a tough spot, and this weekend they will be hoping to pick up a win.

The 32-year-old has incredible power and tends to throw combinations to stun his opponent. He has 6 knockouts in his professional career and can be very unpredictable in some moments. Morales likes to pressure his opponent and utilize his technical boxing.

On the other hand, Miles Johns is also in this game for quite some time. He’s been competing professionally since 2014 and the over the years he has amassed a total record of 12-2. Johns is 4-2 in the UFC and suffered his two professional losses in this promotion.

Although Johns is known for his wrestling, he has proved to be a threat on the feet as well. He has 2 stoppage victories in the promotion and tends to stand and trade shots. Moreover, Johns has solid boxing, and given his wrestling base, he has the advantage in this fight.

Who will leave the cage victorious this weekend?

This bantamweight is going to be electrifying, as both fighters will be looking to find an early win. However, I believe this fight goes the distance. Johns has all the tools to overpower Morales both on feet and ground.

However, Morales has a devastating right hand and if he finds an opportunity to land that, he can get the job done. Regardless, the more Morales react, the more Johns will find a way to counter. I believe Johns outstrikes Morales and takes him down at some point. Given his wrestling background, Johns will control Morales and if this fight goes the distance, Johns will get the decision victory.