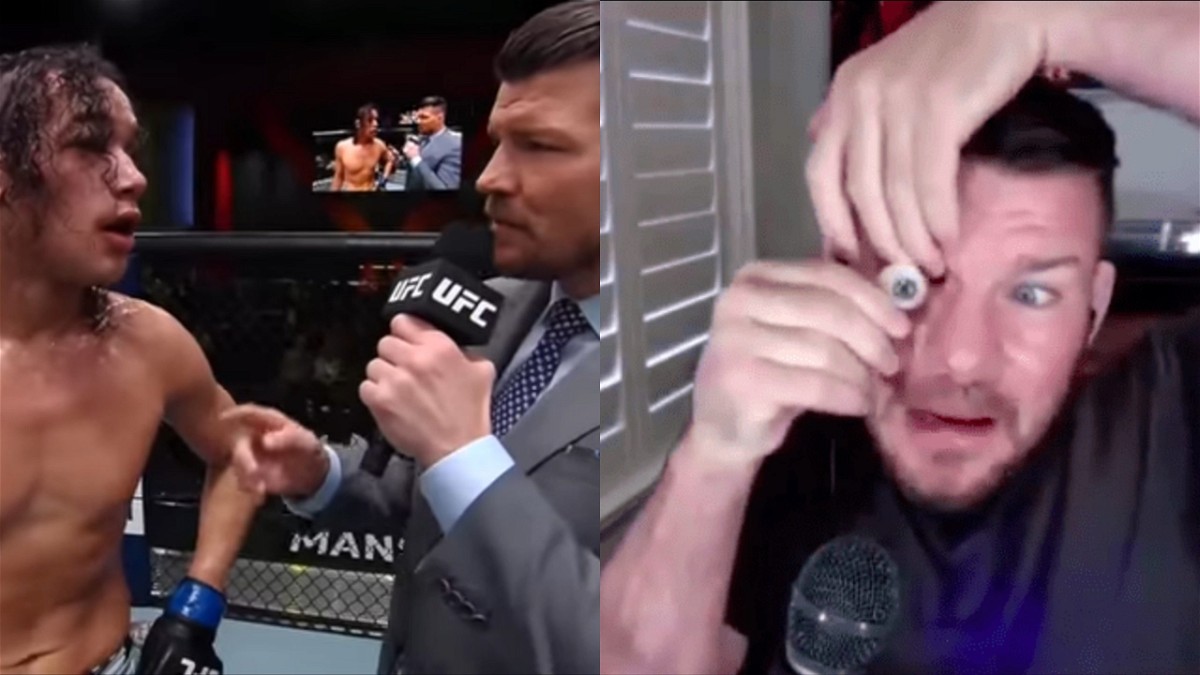 Bryan Battle defeats Tresean Gore in the under-card of UFC Vegas 47, headlined by Jack Hermansson vs Sean Strickland. TUF winner won the fight via unanimous decision as all 3 judges scored the fight 29-28. In the post-fight interview with Michael Bisping. Battle is also winning the netizens over with his humour.

The fight was originally supposed to happen at the finale of ‘TUF 29.’ However, Gore had to withdraw from the fight due to an injury. That led to Battle fighting Gilbert Urbina in the finale of the UFC produced reality show. He won the fight via submission in the second round.

Hence, today’s contest was the ‘real’ finale of the 29th season of ‘The Ultimate Fighter.’ Following the fight, Bryan Battle brought out his TUF trophy to let everyone that he would have won the originally scheduled fight.

Tresean hit Bryan with a big shot in the second round of the fight. It led to the eye being swollen shut. When Michael Bisping asked Battle about it, he picked fun at the interviewer and said, “Man, who need two eyes?” The former middleweight champ seemed to enjoy the reference and replied, “Tell me about it!”

Michael Bisping became a UFC champion with only one eye

It is a well-known fact that Bisping fought with only one eye for a big part of his UFC career. He sustained an injury during his fight with Vetor Belfort. During that, Belfort hit Bisping with a spinning wheel kick which made contact with the latter’s eye. It led to him losing sight out of the eye completely.

However, he kept it quiet as the organisation would not have let him fight with only one eye. It wasn’t until recently that Michael Bisping revealed how he fooled all the doctors and continued his career. Bisping ultimately defeated Luke Rockhold at UFC 199 to become the middleweight champ. It just proves the toughness of Bisping and the power of willpower of human beings