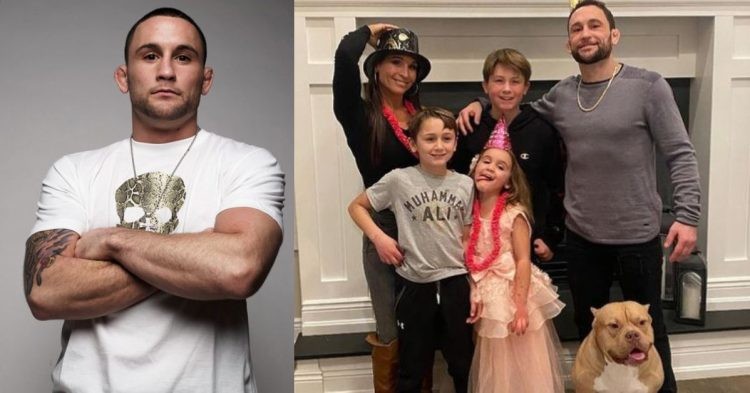 UFC Veteran Frankie Edgar is one of the best bantamweight fighters in the promotion. He is coming off a KO loss at the hands of Marlon Vera. Edgar is set to face Chris Gutierrez at UFC 281, which takes place on 13th November.

Edgar made his debut against Tyson Griffin at UFC 67 back in 2007. Since then, Edgar has fought legends and top contenders like Jose Aldo, Benson Henderson, B.J. Penn, Charles Oliveira, Cub Swanson, Brian Ortega, Max Holloway, and more. ‘The Answer’ has a professional record of 23-10-1.

Edgar started his wrestling career at an early age. He competed in multiple wrestling tournaments and won various medals while representing his schools and colleges. He attended Toms River High School East and represented his school in wrestling. Edgar qualified for nationals multiple times.

Apart from that, Edgar competed in the New Jersey state championship tournament. He also competed in the NHSCA Senior Nationals and after high school, he continued wrestling at the Clarion University of Pennsylvania. He also won the prestigious NCAA Division I national qualifier on multiple occasions.

Frankie Edgar is married to Renee Edgar, who was called Renee Nappi. According to some sources, they met in kindergarten and started dating when they were in high school. Renee and Edgar tied the knot on 12th April 2008.

Edgar is known to have been in a relationship with Renee only. The pair has no history of dating any other person. It is also said that they have a successful marriage as they were close friends before they began dating and eventually got married.

Like her husband, Renee also graduated from Toms River High School. After that, she attended the Clarion University of Pennsylvania. She studied Business Administration there and now works as a pharmaceutical sales representative at Warner Chilcott.

Frankie and Renee have three children – two boys and one daughter. Their first son, Francesco was born in January 2009 and is thirteen years of age now. Their second son, Santino James was born in May 2010 and is twelve years old, and their daughter, Valentina, was born in 2014. She is eight years old now.

Edgar’s wife, Renee is very active on social media and looking at her workout posts, it is safe to assume that she is also a fitness freak like her husband. Frankie and Renee live together with their family in their hometown, Toms River, New Jersey.