Who Is James Krause’s Wife Shynel Krause? All You Need to Know About UFC Fighter’s Family 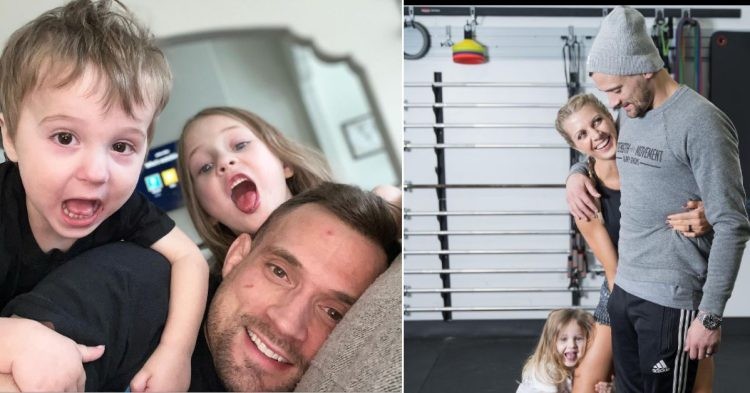 James Krause is married to his wife Shynel Krause and the couple has two kids between them.

Krause is widely regarded as one of the best fighters to ever step inside the Octagon. However, it won’t be wrong to say that he is credited more for being an extremely incredible coach than being a mixed martial artist competing inside the UFC Octagon.

Behind the greatness that Krause has achieved over the years, there lies an incredible story that has not gone unnoticed. Krause’s childhood wasn’t easy, and he grew up looking at mixed martial arts as his only source of motivation.

Life was tough for Krause, who found very little interest in studies. He graduated in the year 2004, completing his education at Odessa High School. Soon after, Krause opted out of college and instead started working full-time.

It was during this time that he found mixed martial arts, and the rest is history.

James Krause is married to Shynel Krause. Both James and Shnyel run Glory MMA & Fitness. While Krause is currently a full-time coach, having retired from mixed martial arts back in August of 2022, Shynel Krause is an Olympic/Powerlifting athlete, competing in CrossFit since 2013.

She currently works as a Ladies Strong coach at the gym. Shynel’s training methods revolve largely around empowering women physically and mentally and oozing confidence in women athletes by providing them with education in technical and safe strength training.

The relationship between James Krause and Laura Sanko

James Krause has been under severe scrutiny after his former student and former UFC title challenger Megan Anderson alleged an affair between James Krause and Laura Sanko.

Megan Anderson claimed that James Krause and Laura Sanko were in a relationship.

Needless to say, it has sent shockwaves in the MMA community. James Krause has not given any statement regarding the allegations.