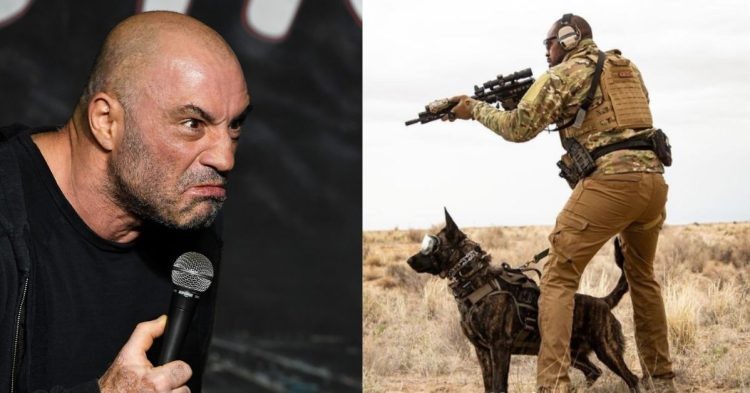 Jon Jones is arguably the greatest mixed martial artist of all time to ever grace the UFC Octagon. The former UFC light-heavyweight champion has established his legacy and is possibly looking to rest the GOAT debate by clinching the heavyweight championship.

It’s hard to imagine how far Jon Jones has come in his mixed martial arts journey. With his fair share of ups and downs both outside of the Octagon and inside of it, Jones has come a long way since capturing the UFC gold at the young age of 23 years.

Now, 35, Jones is training for his heavyweight debut and it goes without saying, expectations are high. In a recent episode of The Joe Rogan Experience, UFC commentator and podcaster Joe Rogan shared his thoughts on Jones in conversation with filmmaker Will Harris.

From running behind a perpetrator with a shotgun in his hands to getting in trouble outside of the Octagon with the likes of Daniel Cormier among others, Jones is as Rogan describes, “a wild man.”

“Jon is interesting. He does a lot of like, tactical shooting sh**. Whoever breaks in at Jon’s house is fu***. He will kill you. Also, he has got that dog. He’s got a Belgian Malinois that is like very trained like as trained as they get like that dog those are little raptors those are the dogs they use overseas.” Joe Rogan said about Jon Jones.

First, it’s a very bad move to rob a mixed martial artist. Additionally, we are talking about Jon Jones who has in the past run behind a burglar with a shotgun in his hands.

He loves ammunition, and wouldn’t mind leaving his dog at you to take care of business. Moreover, it’s not just Joe Rogan who feels it’s a huge mistake to jump in on Jones, but also the former light-heavyweight champion’s arch nemesis, Chael Sonnen.

There are rumors that UFC is planning Francis Ngannou vs Jon Jones for December later this year. However, nothing has been confirmed so far.