Underdog of The Eastern Conference Finals Game 5: Danilo Gallinari of the Atlanta Hawks 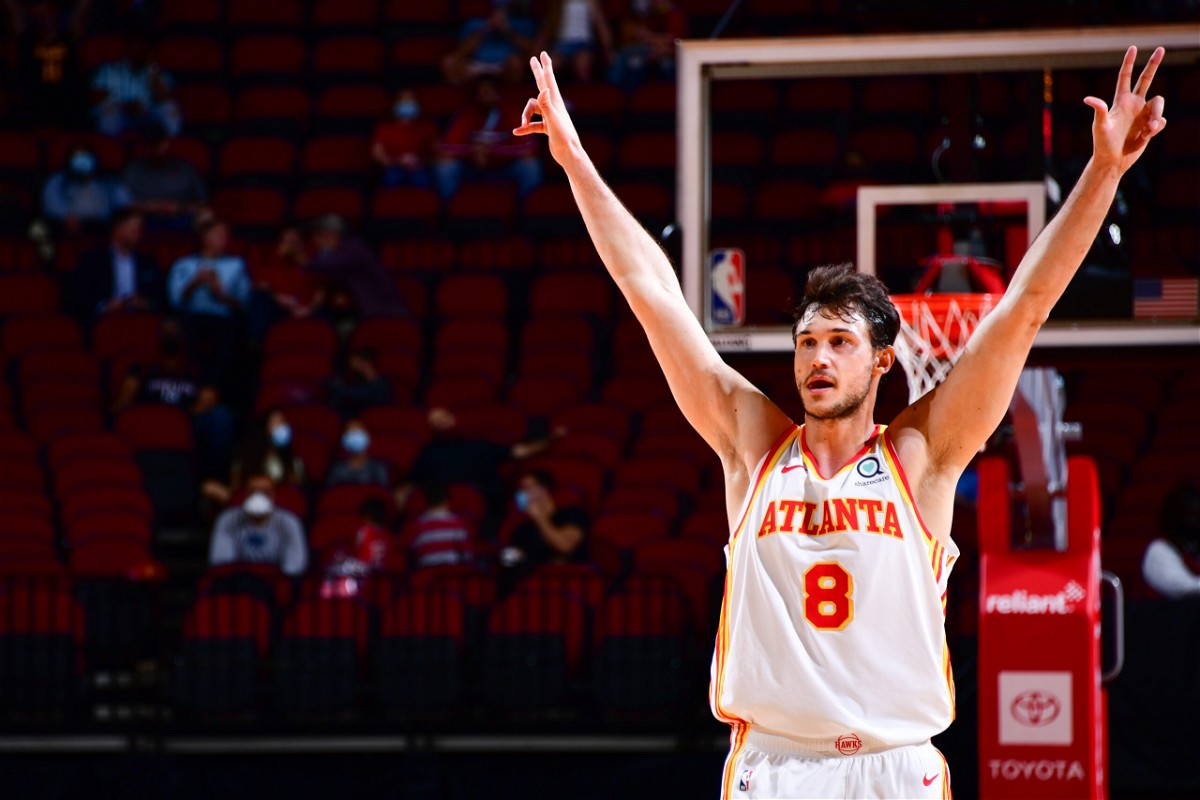 HOUSTON, TX - MARCH 16: Danilo Gallinari #8 of the Atlanta Hawks reacts to a play during the game against the Houston Rockets on March 16, 2021 at the Toyota Center in Houston, Texas. NOTE TO USER: User expressly acknowledges and agrees that, by downloading and or using this photograph, User is consenting to the terms and conditions of the Getty Images License Agreement. Mandatory Copyright Notice: Copyright 2021 NBAE (Photo by Cato Cataldo/NBAE via Getty Images)

The Atlanta Hawks could not dominate the Bucks 2 games in a row. Now they are just one game away from getting eliminated as they are down 3-2 in the series. The defensive liabilities were on full display as Brook Lopez absolutely dominated the paint.

Scoring was not a problem for Atlanta but being efficient was. Even though they had 4 players who scored more than 17 points, as a team they shot only 45%. They were outscored huge in the first quarter and could never recover from that. The Hawks never took a single lead and at one point were down by 20. Even though the Hawks had better percentages, the were absolutely dominated in the paint. They scored 36 points in comparison to the Bucks’s 66. John Collins scored 19 and 8 but just could defend anything. The star of last game, Lou Williams scored 17 points on 53% from the field. Bogdan Bogdanovic had another 20+ point game tonight. He scored 28 points and got 5 rebounds.

But a stand out performance for me was Danilo Gallinari’s and that’s why he’s our ‘Underdog of the Night‘.

The Underdog Performance of The Atlanta Hawks Foward

If even one of the Hawks players played good defense, they would be here instead of Gallinari. But to make the best of a bad situation, Danilo scored 19 points off the bench. He has now scored double figure points for the 11th time this postseason. That number is the highest in the NBA.

Danilo Gallinari has reached double figures for the 11th time this postseason, the most off the bench in the 2021 NBA Playoffs (Jordan Clarkson, 10).

He was also extremely aggressive as he drew the most fouls and attempted a team high 7 free throws. Gallinari also made all his 7 FT’s. Danilo was brought in by the Hawks after his amazing stints at the Clippers and the Thunder.

A veteran who helps this team get better off the bench. He has averaged just 12 points in this playoffs but upped his scoring in Trae‘s absence. We hope to see more of this deep Hawks team show up in Game 6 or else they will be going home.

The Milwaukee Bucks are just one win away from ending the Hawks season so they better get their inside defense fixed before it’s too late.