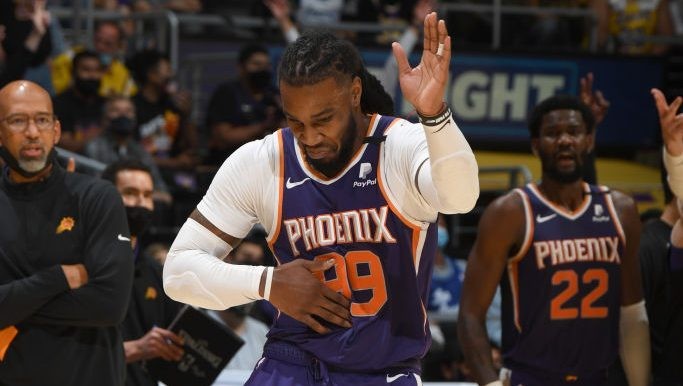 The Phoenix Suns have made it to the NBA Finals for the first time since the 1992-93 season. Even though they attempted just 11 FT’s all game, they shot 56% from the field and 55% from the 3. They also held the Clippers to low scoring quarters and outscored them in all 4 of them. The Suns also dominated the paint

Chris Paul Balled out in Game 6, scoring 41 points and getting 8 assists on elite tier efficiency. He was easily the Player of the Game.

However, it wasn’t just Paul who contributed to this win. There were 3 other players who really added to his game. Booker scored 22 points but had a really bad shooting night. However, he was a distraction for the Clippers defense which helped Paul play better. Ayton who has been the unsung hero of the Suns had a monstrous double double whilst shooting 80% from the field.

Booker, Crowder and Ayton all help the @Suns win Game 6 on the road and advance to their first #NBAFinals presented by YouTube TV since 1993! #ThatsGame @DevinBook: 22 PTS@CJC9BOSS: 19 PTS, 5 3PM@DeandreAyton: 16 PTS, 17 REB pic.twitter.com/pPwM32SvWG

And the 3rd one, who is also the “Underdog of The Night” for the Phoenix Suns, Jae Crowder.

So far this postseason, Jae Crowder has been averaging nearly 10 points whilst being the team’s 6the leading scorer. For Miami last year, he was extremely key for them reaching the NBA Finals. This year his role didn’t have to be that, all he needed was to be a 3 and D player.

A wing defender who takes the assignment of the best player on the other team.

This is now a back to back finals appearance for Crowder. He knows the mistakes he made last time and will definitely be more productive in the NBA Finals. A veteran like him that might guard Trae Young or Khris Middleton or anyone else that gets hot is perfect for the Phoenix Suns.

Will this be the First Ring of Crowder’s career? If he continues to contribute the way he did today, then he just might. And when he does win, he will pull out the LeBron Salsa to celebrate.

Jae Crowder: "I'm keeping my promise to the city of Phoenix. Four more wins and I'm gonna salsa, you better believe it"