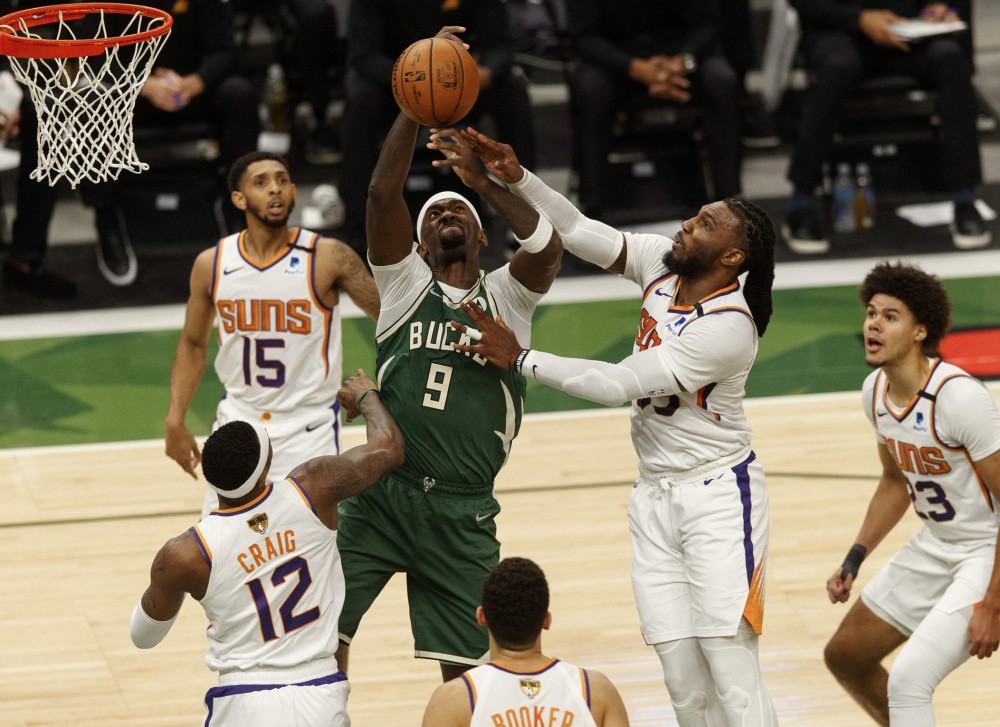 Milwaukee defended really well and that’s why they deserved to win the 2020 – 2021 NBA title.

For the Phoenix Suns in Game 6, it was awful. As usual, they could not stop Giannis. At all. They had lower field goal %, FT %, Rebounds, assists, blocks, Points in the Paint and even Fast break points. By the end of the first quarter they were already down 13 points. In the clutch, they could not make a shot. Chris Paul was the only good player. He scored 26 points on good efficiency.

Booker and Ayton were really bad and you can clearly see the inexperience. In their first playoff run they made the NBA Finals and were just 2 wins away from the NBA Title. As a team they made just 6 3’s and because of their bad offence and worse defense, they deserved to lose.

Milwaukee Bucks won 4 games in a row and Giannis really dominated. 50 points, 14 rebounds with 5 blocks and shot 90% from the FT line. He literally showed up in the biggest game, actually the biggest series of his career and that’s why he deserved the Finals MVP. Holiday and Middleton did all the things they needed to compliment Giannis tonight.

But Jae Crowder and Bobby Portis were tonight’s “Underdogs of the Night” and were key for both their teams.

The Underdog performance of the Phoenix Suns forward

Jae Crowder did exactly what the Suns did needed tonight. He was not good offensively but did all the dirty work he needed to do. He scored 15 points but got 13 rebounds and 4 steals and 1 block and was the only player who had a positive +/- on the Phoenix Suns. But he was really aggressive and if Devin Booker and Deandre Ayton showed up, Crowder’s contribution would have led to them winning tonight.

The Underdog performance of the Milwaukee Bucks Center

Bobby Portis played just 23 minutes tonight. In that time he was the 3rd leading scorer on the Bucks. He scored 16 points on 60% from the field and 40% from the 3. He scored 1/3rd of the 3’s made by the Bucks all off the bench. His performance in the Playoffs will really help him see an increase in his role next season.