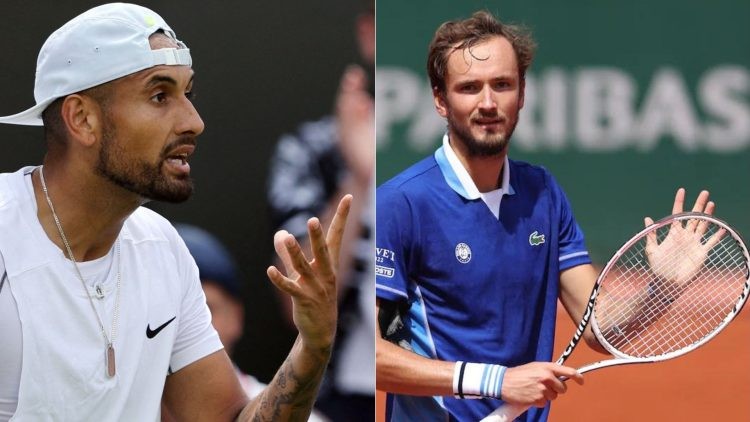 Fans are excited to see stars such as Nick Kyrgios, Daniil Medvedev and Andre Rublev in action this week on the American Hard Courts. Taking into consideration the US Open is fast approaching, most of the action this month would be on hard courts to ensure that the players have practice.

There are primarily two tournaments going on during the course of this week, The Citi Open and the tournament in Los Cabos.

Andre Rublev to be the top seed in the Citi Open

Andre Rublev has had a decent 2022 season and he would be looking forward to clinching his fourth ATP title of the year in Washington.

He has already won titles in Marseille, Dubai and Belgrade earlier this year. Rublev had previously participated in the Citi Open in 2018 and had reached the semifinals as a teenager.

Fritz and Opelka are currently the highest-ranked Americans in the ATP rankings and they are leading a strong contingent of Americans at the upcoming Citi Open in Washington. Both of these players are third and fourth seed respectively.

Taylor is currently enjoying the form of his life and has had the best season so far and also reached the finals of the Indian Wells. He also won his first ATP Master 1000 title at the Paribas Open.

Nick Kyrgios to make a comeback at the Citi Open

Back in 2019, Nick had the best season and had a great Citi Open as well. During the course of the tournament, he defeated both Daniil Medvedev and Stefanos Tsitsipas in consecutive matches.

This would be his first appearance in the singles category after Wimbledon since he had to withdraw from the Atlanta Open due to a knee injury.

Andy Murray has not had a good 2022 season so far based on his standards, taking into account his dip in form and injury woes.

However, he has significantly risen his overall ATP ranking points since he was ranked 134 at the beginning of 2022 and is currently standing at No. 50. Murray had previously made it to the finals in 2006 and the quarter-finals in 2018.

Daniil Medvedev back to the courts in Los Cabos

Daniil Medvedev had missed out on Wimbledon due to a ban on Russian players, but he is now fired up to start the hard court season.