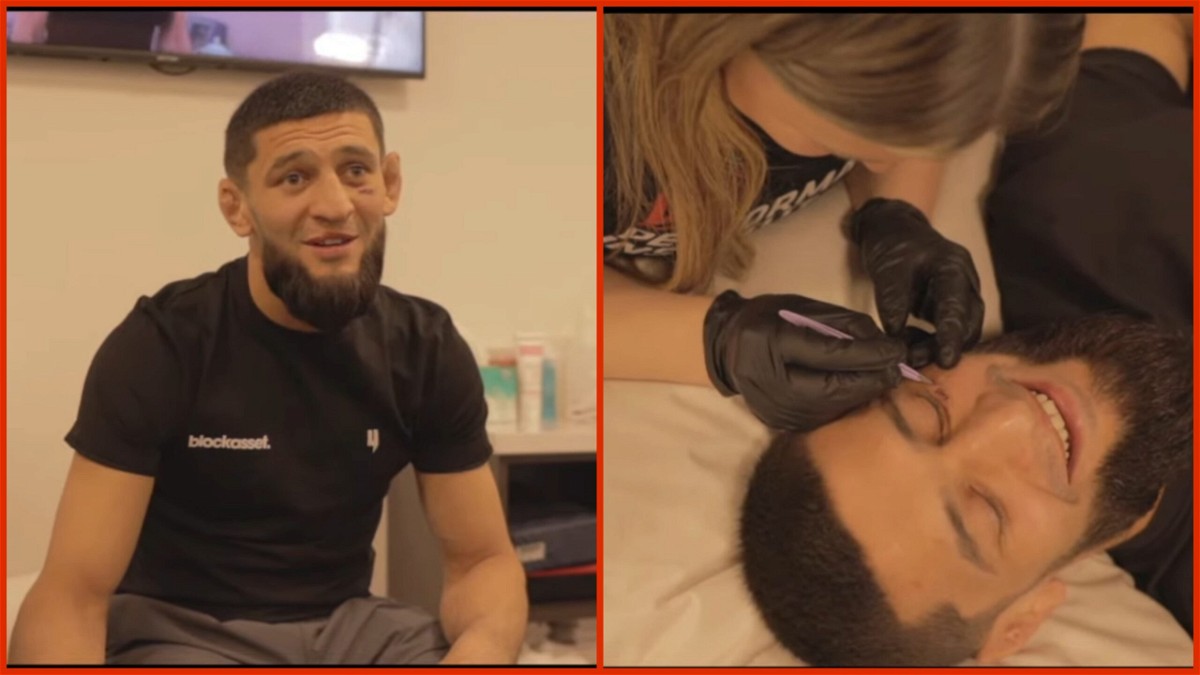 Khamzat Chimaev recently posted a video where he was seen getting stitches removed from his face. Although the reason for the injury is not known, it will not be surprising if the cut was from an intense training session.

Chimaev has developed a great friendship with Darren Till lately. Till is currently training with Khamzat in order to improve his wrestling. The Brit described how hard Chimaev trains. It is natural for fighters to sustain cuts from wrestling scrambles.

Khamzat Chimaev is relentless when it comes to fighting. He has had 4 fights in the UFC and only one of them went to the second round. In his last fight, he beat Li Jingliang via Rear Naked Choke at UFC 267. Chimaev is scheduled to fight against Gilbert Burns in two weeks’ time at UFC 273.

Khamzat Chimaev is confident that he will beat Gilbert Burns in the upcoming Pay Per View (PPV). Although Burns has elite level Brazilian Jiu-Jitsu (BJJ), Chimaev thinks his wrestling will overwhelm the no. 2 ranked welterweight. In a recent interview, he added,

“How you f****** learn wrestling in two months, two or three months? Never. In his dreams, he can’t take me down. He knows that. The guys that have been in my gym — like some guys that [also] train there with him, they’ve been in my gym — I don’t know what they told him, but I beat them all and he knows about that. He’s scared.”

He has the wish to fight for the welterweight title next. It will not be an overstatement to say that Khamzat Chimaev is slowly turning into the poster boy of the UFC. With his ultra-aggressive fighting style, the Swedish fighter is surely on his way to becoming a superstar.

Hence, a win over Gilbert Burns may be enough for the UFC to grant him a title shot. It is being reported that the much-anticipated rematch between Kamaru Usman and Leon Edwards will go down around July. Barring any devastating injury to the winner of that fight, Khamzat may very well end up fighting for the belt this year itself.