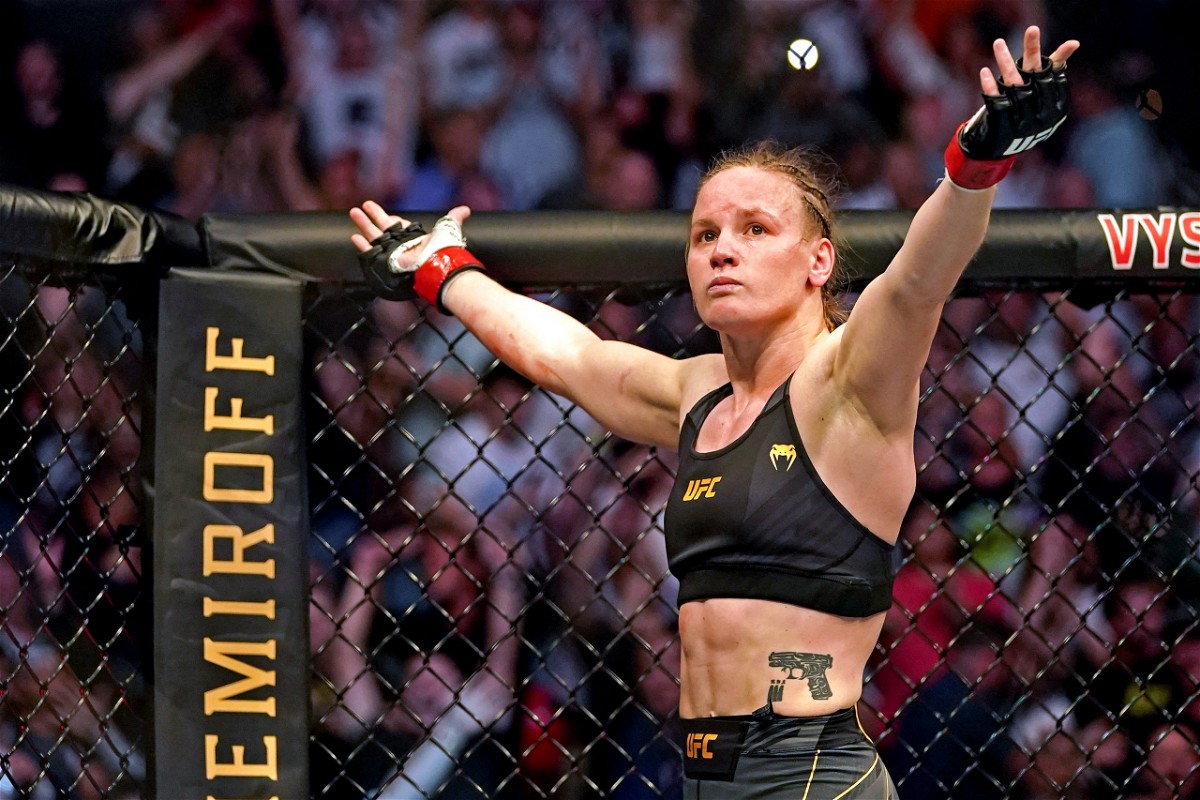 One of the most dominant UFC champions of all time, Valentina Shevchenko continues to terrorize the women’s flyweight division.

The Bullet holds the record for seven consecutive title defenses in the women’s flyweight division. She has looked invincible in her title run as the flyweight queen with wins over Jessica Andrade, Jessica Eye, Katlyn Chookagain, Joanna Jedrzejczyk, and the list goes on.

The only fighter to beat Valentina Shevchenko in her prime is Amanda Nunes, who is considered the greatest female fighter of all time. And it must be considered that Shevchenko moved up to fight Nunes.

Let it be striking, grappling, or wrestling no other UFC flyweight has been able to push Valentina Shevchenko to the limit. The future UFC Hall of Famer defends her title against Lauren Murphy in his next fight at UFC 266.

Though Murphy is n a 5 fight winning streak the fans are expecting another dominant performance by The Bullet. But, it’s not just that in-ring performance of Shevchenko that excites the fans.

Valentina Shevchenko has got a charismatic ring walkout, which never fails to entertain the fans. The world champion from Kyrgyzstan walks out to the song Lezginka by an artist named Chaza Mekhkari.

Shevchenko is not just a MMA fighter. But she has many hobbies, which also include dancing, firearms, fishing, and traveling.

Leading up to the fight against Lauren Murphy, Valentina Shevchenko spent 2 months on her boat with her sister Antonina Shevchenko and her head coach traveling around the places in the United States.

Shevchenko’s skills with firearms are so lethal that the former UFC welterweight, Ben Askren has even called her a spy, and rightfully so.

At the moment, there are no top flyweight contenders who present a real threat to beat the unstoppable Valentina Shevchenko. However, there are some rising contenders in the division who can make an impact in the near future.