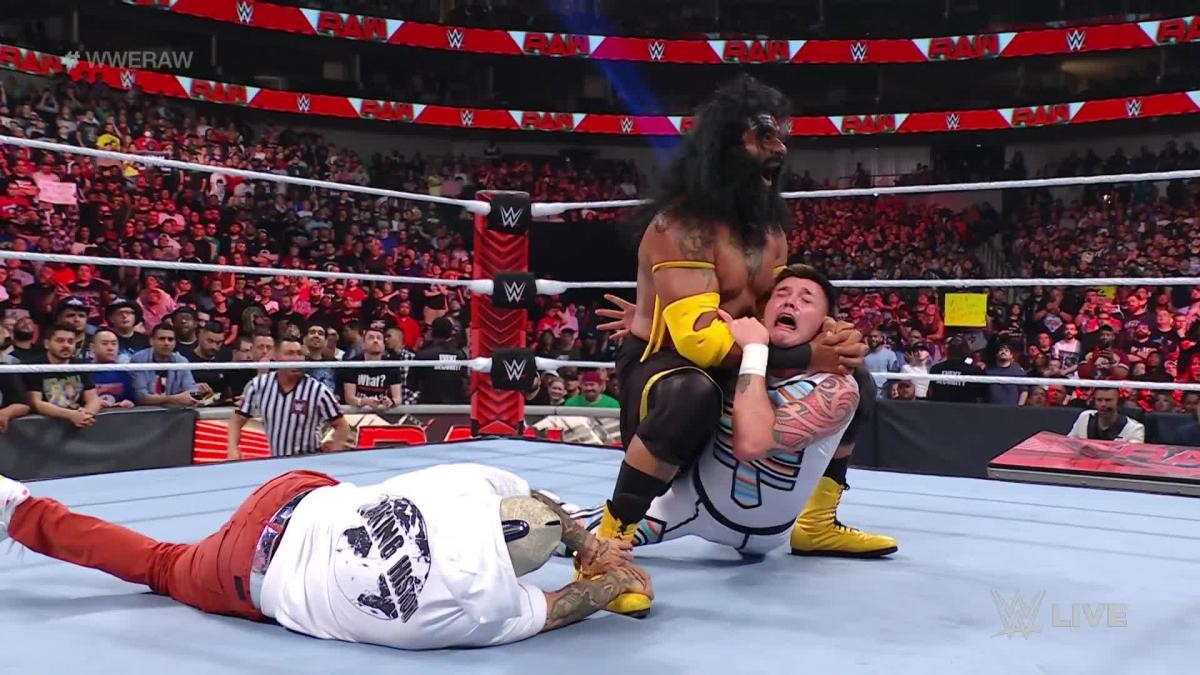 Veer Mahaan has finally debuted on Monday Night Raw. For months we were shown vignettes of his return which became a running joke among the fans and on the internet.

Veer Mahaan re-debuted on Raw following WrestleMania after nearly six months of vignettes, attacking Dominik Mysterio after he had lost to The Miz in 31 seconds.

Initially, Mahaan was aligned with former WWE Champion Jinder Mahal and a debuting Shanky on the Raw brand in the summer of 2021. However, he was split from their act with the idea of pushing him as a singles competitor. His success on WWE Main Event dates back to October 2021, where he has won 14 consecutive matches since.

Mahaan, real name Rinku Singh, was the winner of a reality show contest designed to find “The Million Dollar Arm.” He moved to the United States to train with USC pitching coach Tom House. Mahaan joined WWE in January 2018 and made his debut later that year on the NXT brand. His alliance with Mahal and Shanky began when he joined the Raw brand in May 2021.

This week on RAW, The Miz squared up against Dominik Mysterio. It didn’t take the most Must-see superstar to claim victory. Then an unexpected music began to play. When Veer eventually arrived on Raw, The Miz made a hasty exit. This left Veer in charge of the Mysterios, with whom he had no issues.

Veer Mahaan made his re-debut in style. He destroyed Dominik Mysterio and his father Rey Mysterio on Raw this week. He will compete against Rey Mysterio next week, so we’ll see what happens next.