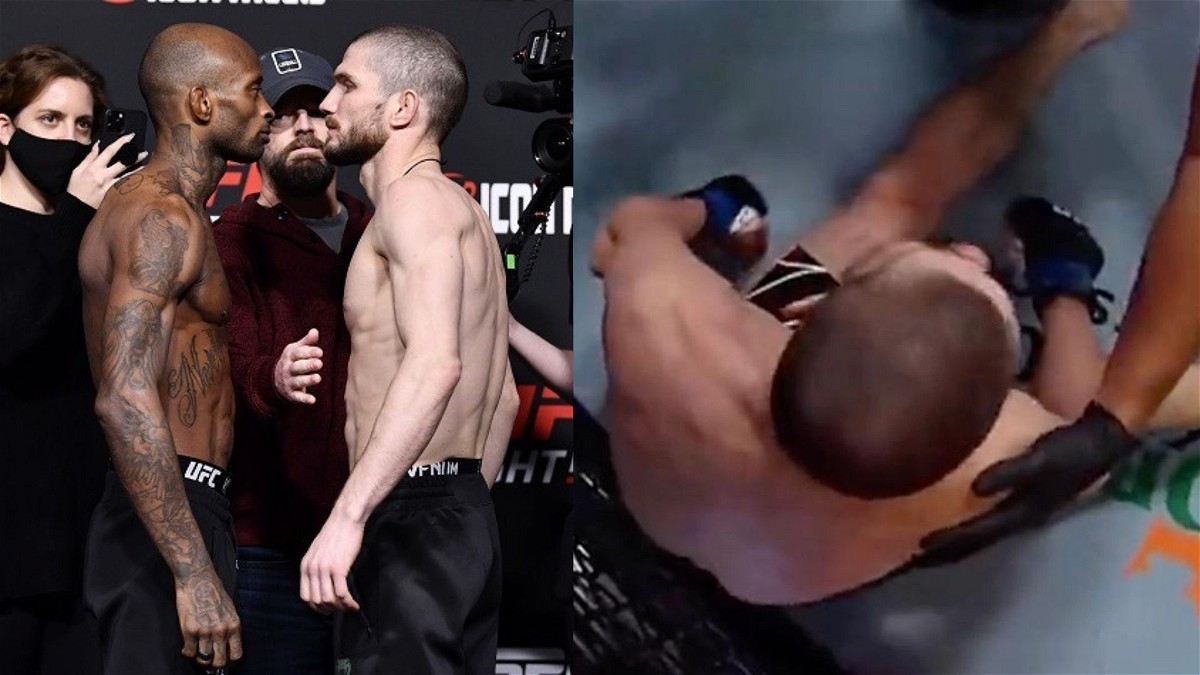 UFC Vegas 47 features some exciting talents including the likes of Sean Strickland, Jack Hermansson, Shavkat Rakhmonov, and many more. One of the fights that were flying under the radar was the first fight of the night, which was between Malcolm Gordon and Denys Bondar.

Going into the fight, it was expected that Bondar would add another win to his record and make an emphatic UFC debut. However, Malcolm Gordon completely dominated Denys Bondar and finished the fight in under two minutes.

Gordon rocked Bondar early on and even got into a triangle submission. However, the highlight of the fight was the ending sequence where Denys Bondar suffered a gruesome arm injury. During a grappling exchange, Bondar’s left arm was dislocated, forcing the referee to stop the fight. It’s needless to say that the fight fans were shocked to see such an unfortunate start to UFC Vegas 47.

THAT's how you open the show!! @MALCOLM_X_MMA wasted NO TIME getting the finish 💪 #UFCVegas47 pic.twitter.com/jrul3OD28R

With this win, Malcolm Gordon has secured the 14th win of his MMA career and the second win of his UFC career. Though Gordon lost his first two UFC fights, with two impressive wins he has secured his place in the flyweight division.

On the other hand, it’s a huge setback for Denys Bondar as he starts his UFC journey with a loss.

However, Sean Strickland will not be an easy test for Hermansson even if the fight goes to the ground. It will be intriguing to see who comes on the top in this exciting fight night main event.