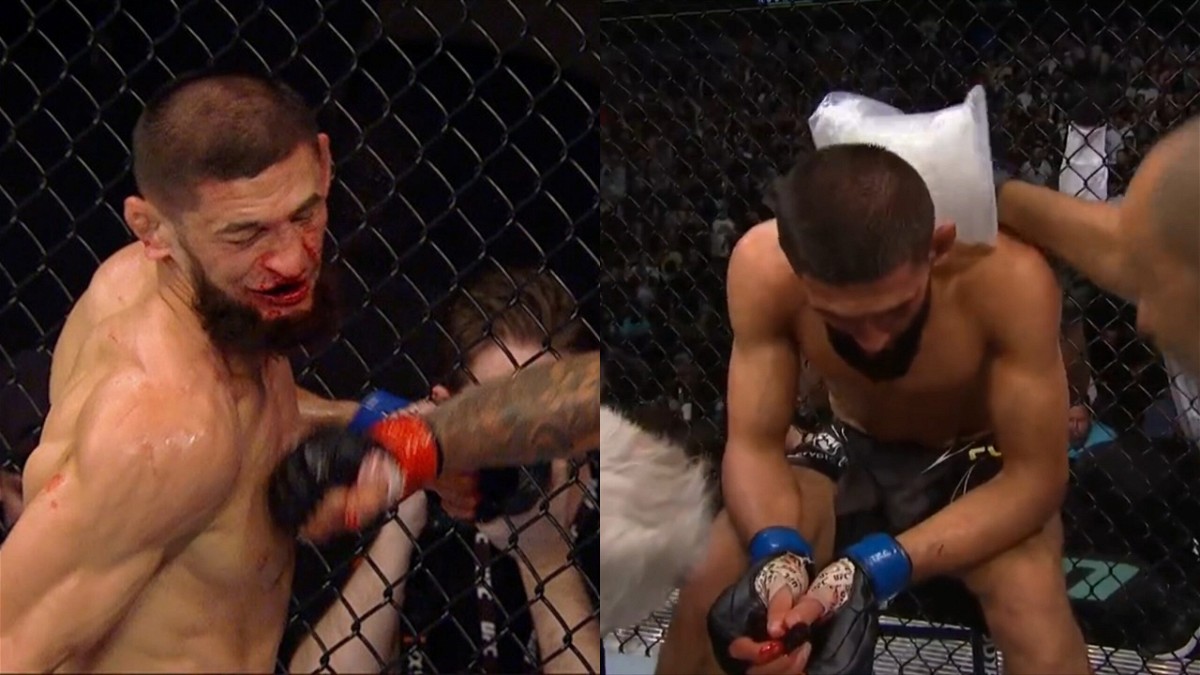 Khamzat Chimaev remains unbeaten in possibly the fight of the year so far! The Swedish fighter went all 3 rounds as he and Gilbert Burns absolutely left everything that they had in the cage.

Coming into the fight, A lot of hype surrounded Khamzat Chimaev due to his unbeaten and dominant run so far. However, that came to an end today as Gilbert Burns showed today that there are levels to this game. Although the Brazilian was dropped in the first round, he came back strong in the second.

Round 2 was straight out of a movie. With both Khamzat Chimaev and Gilbert Burns swinging for the fences, it was the latter who landed the hardest shot. He hit Chimaev so hard that the 27-year old almost went out on his feet.

Following that round, Chimaev’s corner was not happy with how their fighter chose to stand in front of a hard puncher and trade shots instead of engaging in the clinch or looking for takedowns. The head coach yelled out in frustration and confronted Chimaev right in the cage.

Despite absorbing an insane amount of punishment, Khamzat Chimaev emerged victorious in the fight ultimately. All the three judges scored the fight in favour of the undefeated fighter, 29-28.

Dana White revealed ahead of UFC 273 that he would put up Colby Covington in front of The Borz if he wins against Burns. Now the result of the fight is out, will Chimaev be fighting The Chaos next? Or the UFC president will change his mind after seeing such a sluggish performance from Khamzat?

If Khamzat has to go up against the elite of the division, he definitely has to tighten up his defence significantly. Repeating the same mistakes against the champ Kamaru Usman will surely result in a brutal knockout loss.