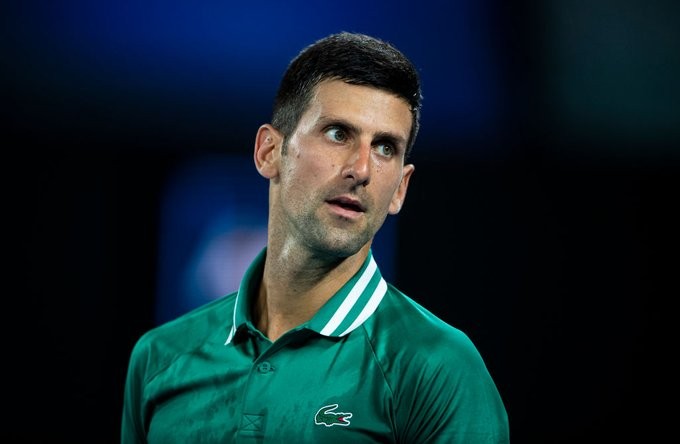 Novak Djokovic won his case to stay in Australia on Monday. Therefore, he had to be released from immigration detention shortly, after the decision to cancel his visa was quashed.

Djokovic was fighting deportation and the cancellation of his visa in the Federal Circuit and Family Court of Australia.

The Australian government had cancelled Novak Djokovic’s visa shortly after he had arrived in Melbourne.

Crowds gathered outside Novak Djokovic’s lawyers’ office in Melbourne on 10th January,2022 to celebrate a court overturning his visa cancellation.

Dozens and dozens of the tennis star’s supporters gathered outside the Flinders Lane office in the centre of the city on Monday night.

Fans and supporters surrounded a black car leaving the building. Some fans banged on the dark tinted windows of the car, making it impossible to tell if Djokovic was inside.

Videos show a man jumping on a black car after it left the building. The situation got out of control and the police deployed pepper spray.

Victoria Police were forced to use the spray “due to the aggressive behaviour of the crowd”.

There were chaotic scenes in central Melbourne on Monday night as fans of Novak Djokovic crowded around a car. They thought it was carrying the Serbian tennis player and chanted “Free Novak! Free Novak!”

A crowd of more than 100 later gathered outside the exit of the car park, some chanting, others were dancing in circles in the middle of the street.

The police struggled to hold back the enthusiastic supporters, some carrying Serbian flags.

As they pressed against the vehicle and prevented it from progressing down the street away from the downtown offices of Djokovic’s lawyers.

Two police have been injured. A male leading senior constable and a female constable, received minor injuries that did not require medical treatment.

The crowd went wild and a 27-year-old Hampton man was arrested during the incident. He is expected to be charged on summons with assaulting police and “acting in a riotous manner”.

“We can beat Michael Jordan and the Bulls in 6”: Stephen Curry makes a bold statement when asked about the hypothetical matchup between 2017 Warriors and 1996 Chicago Bulls