Video: Sean O’Malley and Cody Garbrandt Get Separated After a Heated Altercation at UFC 269 Press Conference

It is to be reported that O’Malley and Garbrandt previously went in for a Twitter feud and agreed to fight each other. However, Garbrandt cutting down to the flyweight division ended the possibility of them fighting each other.

Hence, a reporter asked Cody Garbrandt about the odds of them fighting hinting at their Twitter feud. Garbrandt quickly responded saying “ Let’s go“. He also pointed out that Sean already has “no love” problems as he is going to fight Paiva, who according to Cody is “more battle-tested than O’Malley ever would be”.

In response, O’Malley replied, “he has won one fight since 2017“. But, Garbrandt reverted back by pointing out Sean’s skeptical choice of opponents. He questioned him if any fighters he has beaten are ranked?. “I will win tomorrow at 25 and fight you at 35 and still kick your a**… You are easy to work but I am not worried about you, I am focused on Kai,” he added further.

After going back and forth at each other O’Malley asked Dana if they can square off now for a future fight. Both then came for a face-off before they were stopped by UFC officials.

Why is Sean O’Malley avoiding ranked fighters including Cody Garbrandt?

Ever since O’Malley’s knockout win at DWCS, he has been a hyped fighter on the roster. But, fight fans have always been skeptical about his choice of unranked fighter. Moreover, he lost to the only ranked fighter he fought i.e Marlon Vera. Though O’Malley’s leg injury in the fight played a vital role in his defeat. However, not fighting ranked opponents is certainly keeping him out of rankings. 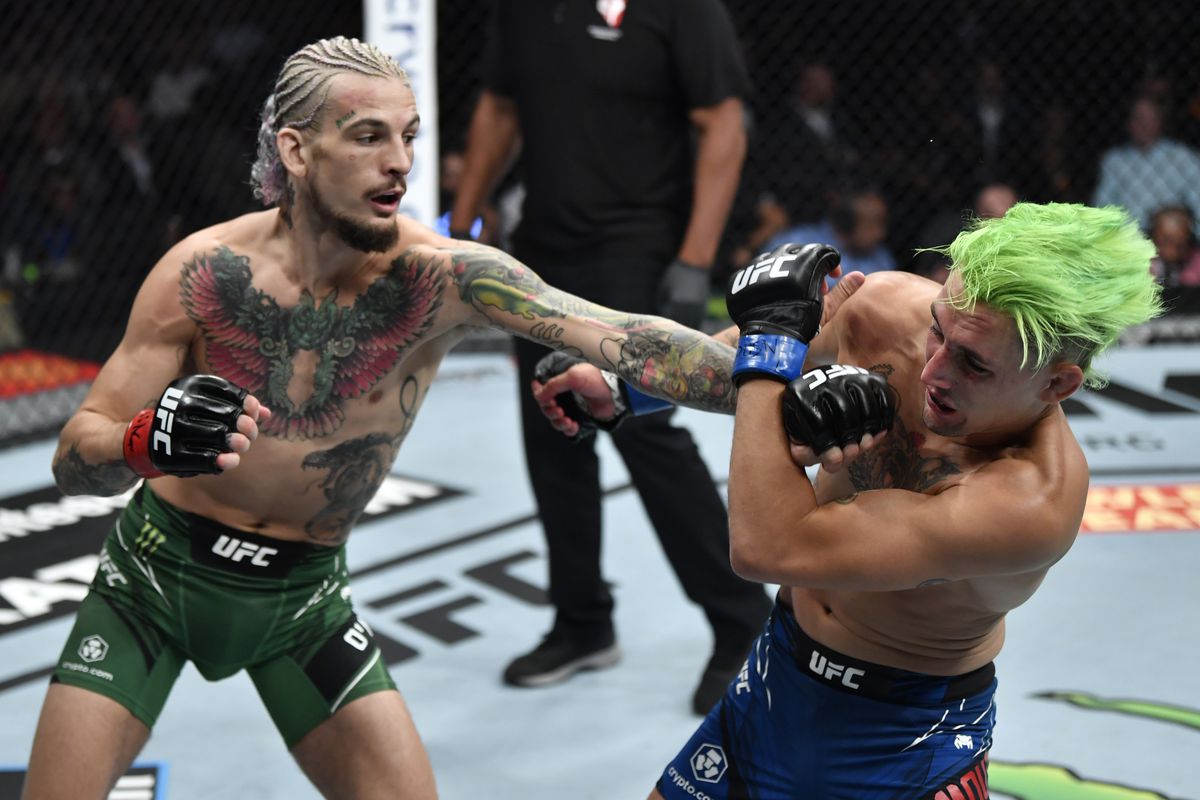 It seems like  O’Malley’s desire is to keep the hype to his name by beating lesser-known fighters until his contract is up. Since then he can get better paychecks for fighting ranked fighters. Other than that there isn’t much logic or theories behind his avoidance of ranked fighters.