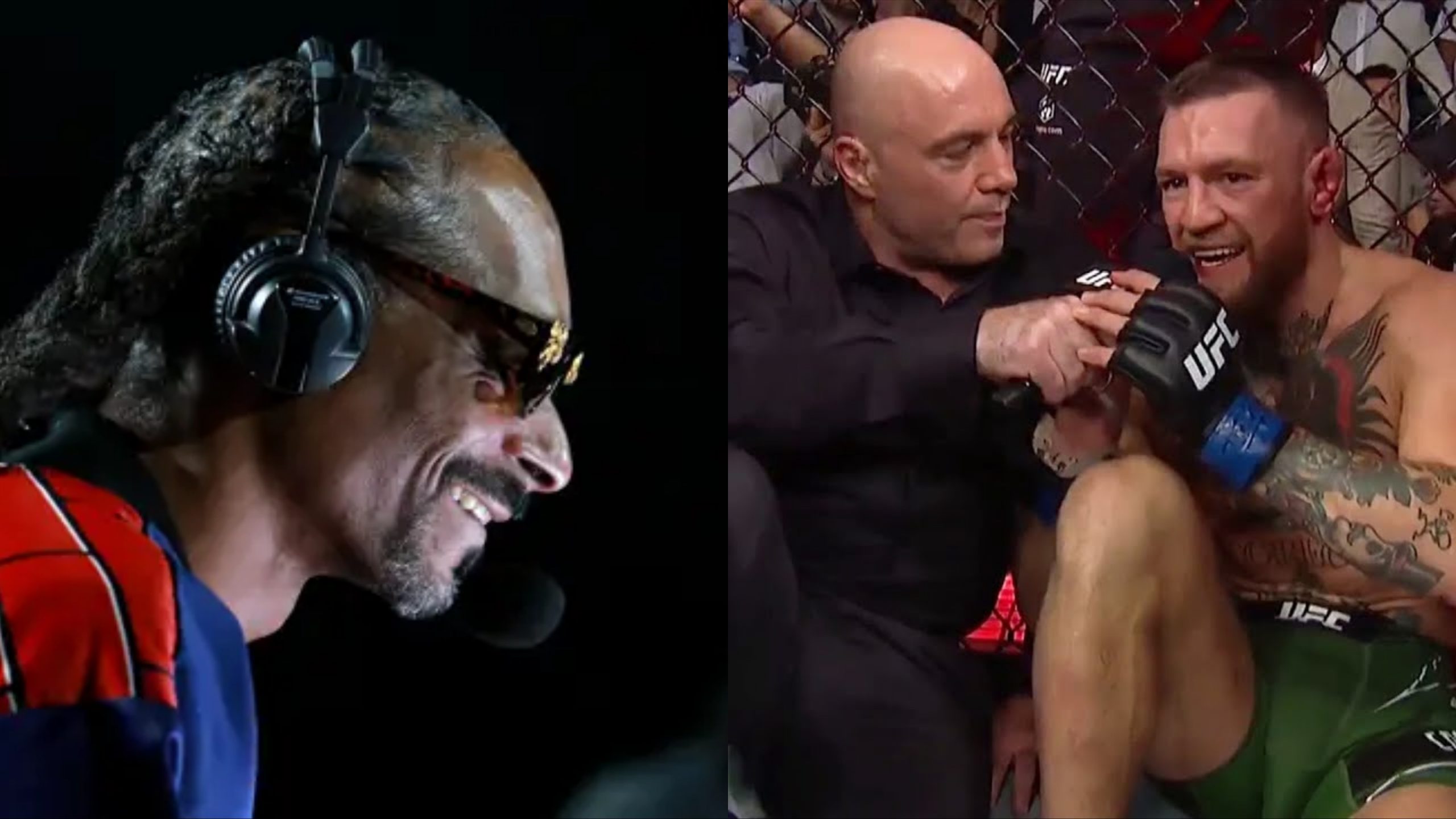 The biggest superstar in the history of Mixed Martial Arts, Conor McGregor had a forgettable 2021. After starting the year with his first ever KO/TKO loss, his year is ending while he’s in rehab. Despite the horrendous time inside the Octagon, the Irishman remains the biggest draw amongst the UFC fighters.

Aside from his fighting IQ, probably the most appealing aspect of his personality is his ability to promote himself. Since making his debut in the Ultimate Fighting Championship (UFC), Conor McGregor has not failed to entertain the fans with his verbal jabs towards his opponent even once.

He has an incredible skill of talking his in way into any fight that he wishes to attain. Conor McGregor basically talked his way into the biggest fight of his career against Floyd Mayweather. The two went on a world tour to promote the fight and the press conferences in tour will go down in the history as perhaps the most entertaining ones.

Snoop Dogg and Kevin Hart hosted a show of NBC Peacock where they reviewed the most significant events of 2021. During that segment, they covered the trilogy fight between Conor McGregor and Dustin Poirier. After losing the second fight against Poirier, Conor called for a rubber match and it took place on UFC 264 in Las Vegas, Nevada.

The fight did not have a decision outcome as the 33-year old broke his ankle in the very first round. However, it did not stop him from hitting back at Poirier in the post-fight interview with Joe Rogan. During which, he called for another fight and stated the trilogy remained unfinished between the two.

In the segment with Kevin Hart, Snoop Dogg spoke on that incident and expressed his amazement at McGregor’s ability to talk smack even with a broken leg. The rapper did a hilarious impression of the former two weight champion and it made Kevin Hart laugh out with laughter. Catch the video below.

Although Conor McGregor has lost both of his last two fights, there is a chance that he fights for the championship next. Currently champ Charles Oliveira has expressed his wish to fight Conor and UFC president Dana White has reacted positively to it. Hence, it will not be surprising if it ends up happening indeed.