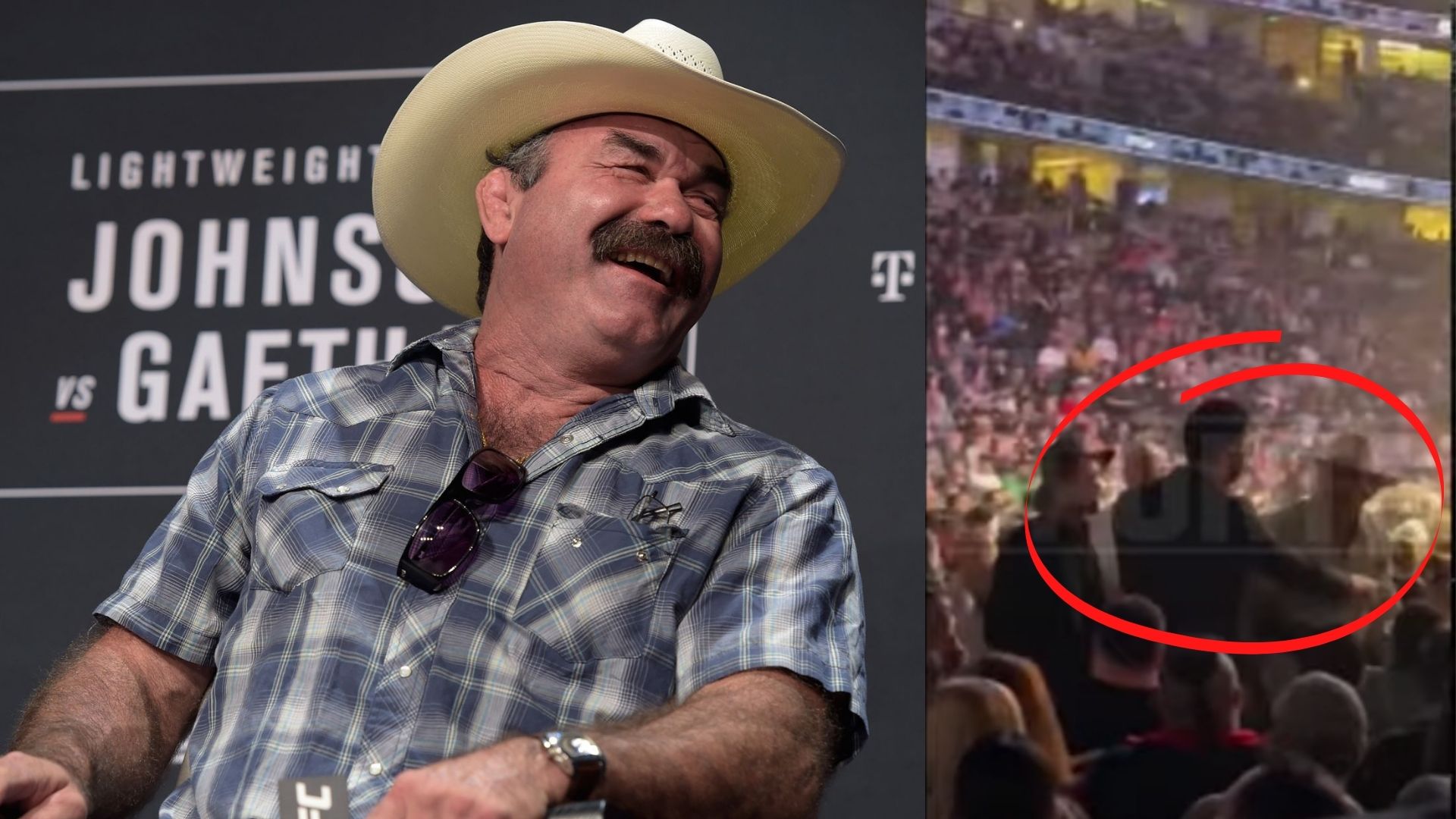 UFC legend Don Frye made an appearance after a long time. However, fans were not too pleased with the reason. The former UFC heavyweight fighter was caught in a video inside Honda Center at UFC 270 where he can be seen punching a fan after an argument. Following the incident, Don Frye can be seen escorted by security.

Don Frye retired with a record of 20 wins and 9 losses. Fry’s professional wrestling career also achieved great heights, after Frye found himself as one of the most notable stars in the NJPW. Frye left mixed martial arts to pursue a career in professional wrestling. However, only four years later he returned back to mixed martial arts. Frye retired in 2011 and lost his final bout via KO in the first round. The 56-year old fighter is not a very popular name in the world of mixed martial arts, but his contributions to the sport are quite significant.

While Frye has made headlines for all the wrong reasons, fans on social media were actually quite surprised to see the UFC legend during the highly anticipated UFC 270. Honda Center in California was sold-out as 17,000+ fans gathered to witness Francis Ngannou and Ciryl Gane determine the undisputed heavyweight champion of the world. After everything was said and done, it was a remarkable performance from Francis Ngannoi that saw him retain his heavyweight gold.

In the co-main event of the evening, Deiveson Figueiredo snatched back the flyweight gold as he picked up a unanimous decision win over Mexican Brandon Moreno to become a two-time flyweight champion of the world.