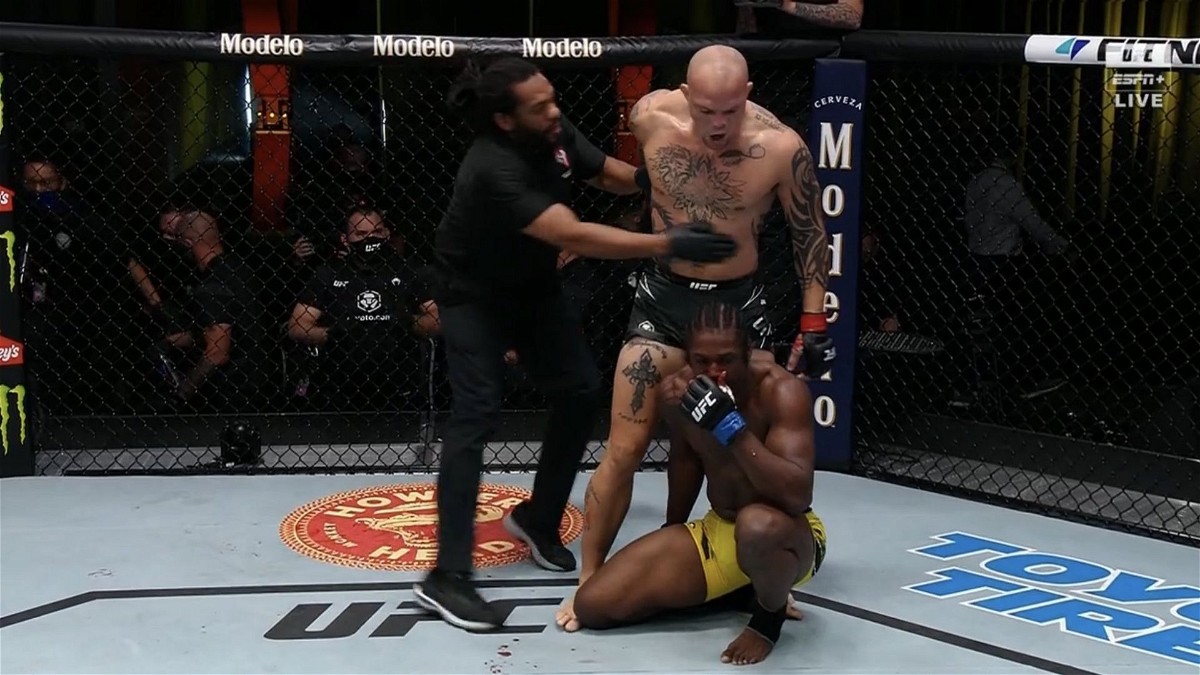 Chaos ensued as Anthony Smith submitted Ryan Spann in the main event of UFC Vegas 37 inside UFC APEX in Las Vegas. A charged Anthony Smith rained down on Ryan Spann after the fight as UFC security personnel entered to Octagon to keep both the fighters away from each other. Smith cleared later in the post-fight Octagon interview that his response came in the wake of disrespect he received from Ryan Spann in the lead-up to the fight. 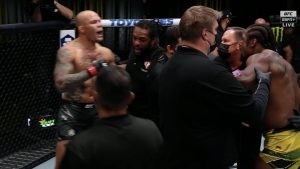 Smith did not quite like what Spann had to say in the lead-up to the fight. Spann had ridiculed Smith for only getting a win over old fighters, and the former title challenger felt disrespected by the young fighter for his trash talk ahead of the fight. 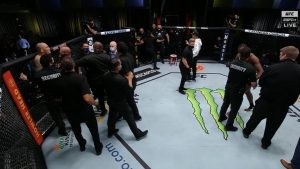 Anthony Smith looked absolutely unstoppable as he dominated Ryan Spann in all aspects of the game. Smith looked more composed and mixed his game well against a lethal striker like Ryan Spann. He was able to hurt him on various occasions with the vicious left counter. 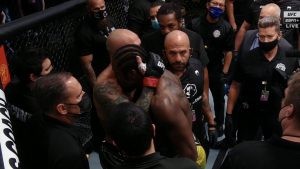 Smith dropped Span with a brutal right hand and immediately got to the mount position. It was only a matter of time before he got Spann’s back and was able to execute a rear-naked choke, emerging victorious in the main event of UFC Vegas 37.

What’s next for Anthony Smith?

Anthony Smith is now on a three-fight winning streak, coming off incredible wins over some of the brightest prospects in the division right now. Needless to say, at 33 years of age, it would be a mistake to call Anthony Smith the gatekeeper of the division looking at his past few performances. In the post-fight Octagon interview, Smith expressed his desire for a rematch with Aleksandr Rakic.

Tensions were high initially, but @lionheartasmith and @Superman_Spann shook hands after their #UFCVegas37 fight ???? pic.twitter.com/4xEw8Qc1qF

Smith and Rakic shared the UFC Octagon back in August of 2020. Rakic emerged victorious in what was a fairly one-sided fight. Smith has shown significant improvements since that fight and has looked in great physical shape and form. Needless to say, should both these fighters share the Octagon once again, the match-up is bound to get the attention of fight fans around the world.