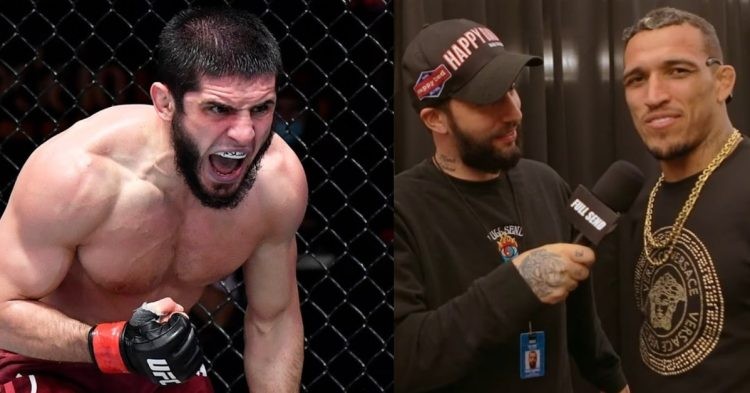 UFC 280 will go down on October 22nd in the UAE. The event will crown the new UFC lightweight champion, as Charles Oliveira and Islam Makhachev will fight for the vacant title. Fans clamoured for the fight and the company finally made it happen. Ahead of the much-anticipated bout, Charles Oliveira spoke about what his preparation has been like.

‘Do Bronx’ recently had an interview with Full Send where he was asked about how well his fight camp going for the Makhachev bout. Oliveira trains in Brazil at the Chute Boxe gym. The gym has a reputation for preparing their fighter the hard way and Oliveira is no different. Oliveira, who joined the gym in 2018, stated that he is preparing for nothing less than a war!

Should Charles Oliveira be the favourite to win against Islam Makhachev at UFC 280?

The fans and the fighters are split on the issue of who should be the favourite to win between Charles Oliveira vs Islam Makhachev. While some have voiced their opinion on Islam potentially destroying Oliveira with his wrestling, fighters like Sean O’Malley thinks Charles is going to beat Islam at UFC 280.

However, one thing that has to be taken under consideration is the experience factor in the fight. Although the Khabib Nurmagomedov protege has bulldozed his opponents so far in the UFC, he is yet to fight an elite opponent. The only debatable elite opponents in his resume are Drew Dober and Dan Hooker. While they are great, neither has fared well at the championship level.

Charles Oliveira, on the other hand, has seen it all in his career. He has been in peril inside the Octagon previously and came back to win the fights.

His last opponent, Justin Gaethje, recently claimed that facing Oliveira was an experience that he never had before. So the question needs to be asked, does Makhachev have what it takes to recover if he gets hurt by Oliveira? Only time will tell.