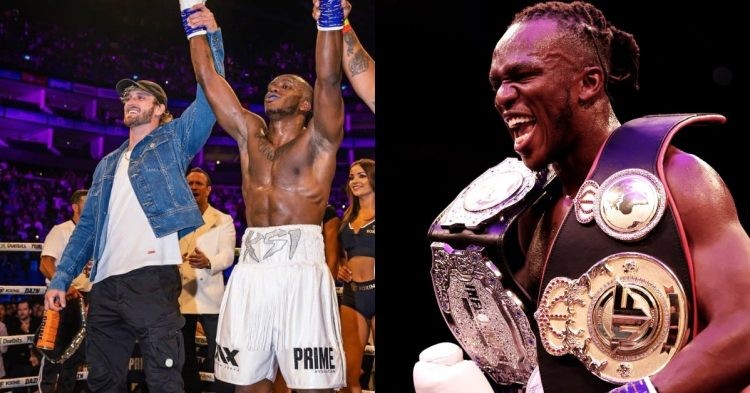 KSI created history earlier as he defeated two opponents in a night! The YouTuber turned boxer made his professional boxing debut against Logan Paul in 2019. But he increased his tally earlier as he took on Swarmz and Luis Pineda in the same night and won both the fights via knockout.

The UK-based YouTuber has recently stated that he wants to fight Jake Paul in the future and he is working hard to get ready for it. But knocking out two men in the same event is certainly a massive step towards it. He opened the night by taking on another celebrity fighter Swarmz.

But the skill difference between the two was very evident. After dominating the first round, KSI got rid of his opponent in the second round in an entertaining fashion. The rapper turned footballer could not survive the pressure and lost the fight via KO at 0:28 mark of the second round.

He then took on Pineda in the main event of the night. Luis was a professional boxer and even he could not trouble KSI. The Brit landed the knockout blow against the Mexican in the third and final round of the fight. Although it was certainly an impressive performance, some fans have questioned the authenticity of the bouts.

There is no doubt that it was an extra-ordinary showing from KSI. Although both fights were only 3 rounds long, it took an insane amount of bravery to agree to face two men in a night. There was every chance that he could have been defeated and faced humiliation. But it was all a bit too easy for KSI.

It has made some fans wonder whether the fights were staged or not. Both men were incredibly overmatched and it showed in their performances. Although questioning whether the fighters threw the fights on purpose or not seems unfair, but there is no doubt that KSI was matched up against lower quality fighters. Even Andrew Tate slammed KSI’s choice of opponents.

What is this fake belt nonsense?? Really hoping someone seriously hurts all these YouTube ho’s @DAZNBoxing, forever a disgrace to boxing.

Ur a joke. You should have been that one banned. Fake

What are your thoughts on KSI’s fights? Do you think his bouts were set up for him to win in a dominating fashion? Let us know in the comments down below.