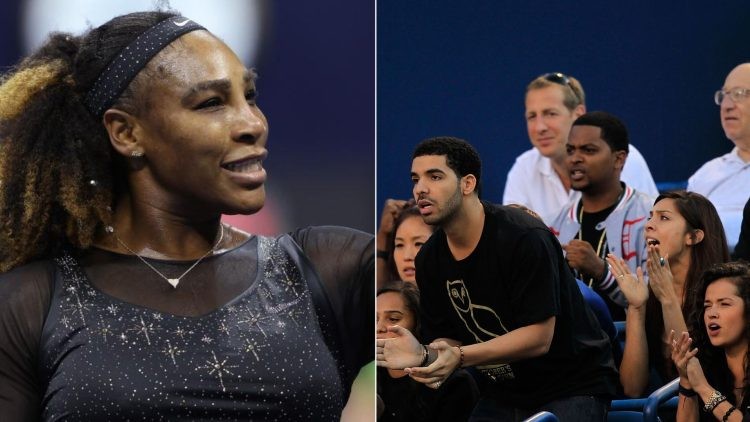 Drake is an extremely talented rapper and songwriter who has been in this career for more than a decade. He has been linked to a number of people romantically which includes Serena Williams as well.

We do not exactly know when or where both of these celebrities met first, but their friendship dates back to 2011 after he was spotted cheering for Serena in her tennis matches.

Moments during which Serena Williams was spotted with Drake

Neither Serena nor Drake have ever come out and confirmed or dispelled the rumours of them dating each other. Drake got a bit flirty a couple of times with Serena and even tweeted about it. In 2013, when he released his album ‘Nothing Was the Same’, he name-dropped Serena in his song, Worst Behavior.

However, this still does not prove that they are anything more than friends. When Serena was asked about Drake’s presence during the 2015 Wimbledon, she described him as a longtime friend and a supporter. She said that Drake and she have been friends for many years and referred to him as her family.

A newspaper, TMZ reported that Serena and Drake were spotted kissing at a restaurant. It was reported that Drake had a massive liking to Serena and was trying to court her as well. There were even reports which suggested that even Serena reciprocated the feelings Drake had and he was her type as well.

The rumours about their relationship suddenly came to an abrupt end since Drake went on to date Rihanna and Serena got hitched to Alexis. However, the recent interviews given by Serena Williams suggest that Drake and she are still on good terms and are friends with each other.