Brandon Moreno has slowly transitioned into one of the most likable fighters in the division. The flyweight champion doesn’t like to trash-talk and carried a very simple personality, one that is limited to his talk inside the Octagon.

Needless to say, he is quite good at it and his recent win over a formidable Deiveson Figueiredo in the co-main event of UFC 263 stands to be the testimony of the same.

Ever since the victory, the popularity of Moreno has been soaring and while it’s quite known he has found Nate Diaz as his big fan, the latest to join the list is boxing champion and fellow Mexican Canelo Alvarez. 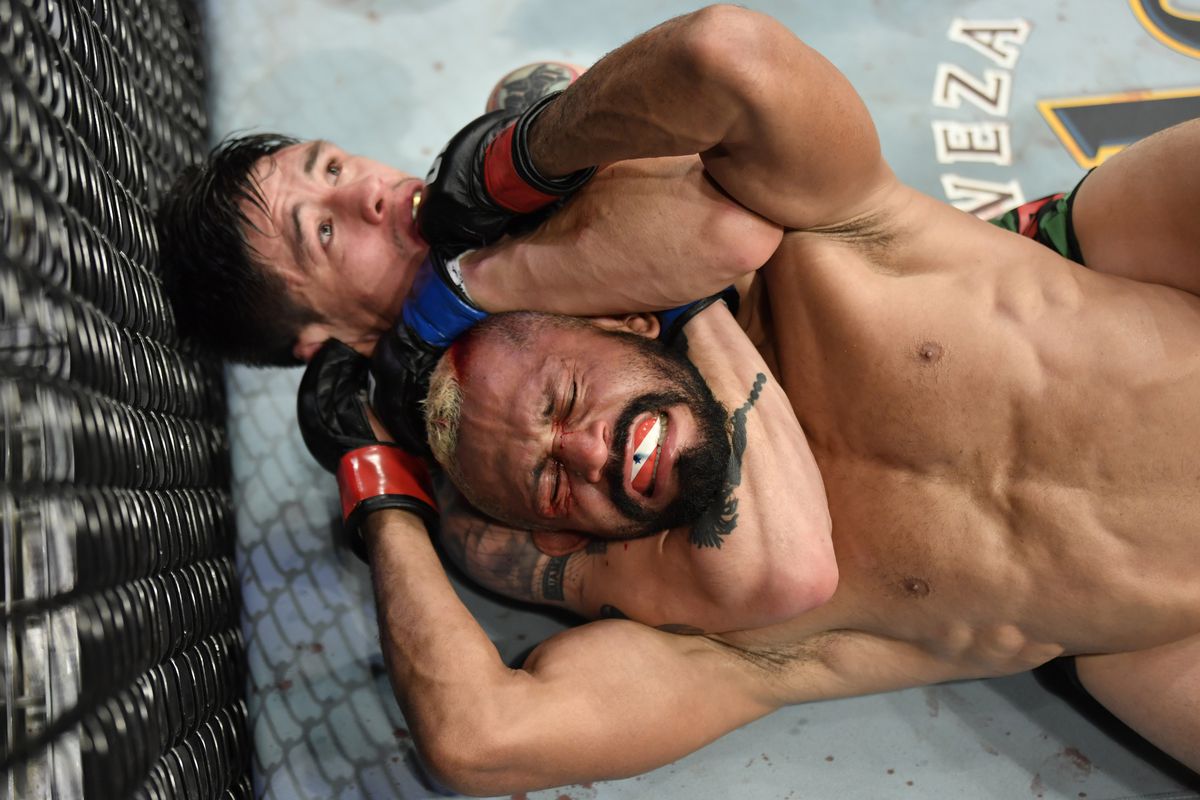 Needless to say, fans from around the world saw it as a pure delight as Canelo Alvarez and Brandon Moreno shared words with each other during a training session as the boxing champion tried to demonstrate Moreno on how to throw a lethal left hook to the body.

Brandon Moreno is ready for any challenge

Brandon Moreno recently interacted with the media and shared his thoughts on who he would like to face next. Moreno revealed that he is looking at Cody Garbrandt as his next opponent and while a trilogy bout with Deiveson Figueiredo is one the cards, the Mexican feels that his domination in the last fight against the Brazilian fighter doesn’t warrant him an immediate rematch.

Also Read: Brandon Moreno Does a Crazy Nate Diaz Impression as He Puts On the “Represent” Merch – Watch Video

Moreno’s decision to put Cody Garbrandt into the mix is because of Garbrandt’s popularity, and rightfully so. However, a case can be made that fighters like Askar Askarov and Brandon Rovyal are equally tough contenders. Askar Askarov remains undefeated inside the Octagon, with a draw on his came that came against none other than Moreno himself.

It’s an exciting match-up between the Dagestani fighter and the Mexican great, one that is surely going to get the fans exciting. Be that as it may, with a lot of exciting options, it will be interesting to see what lies ahead for the newly crowned UFC flyweight champion of the world.