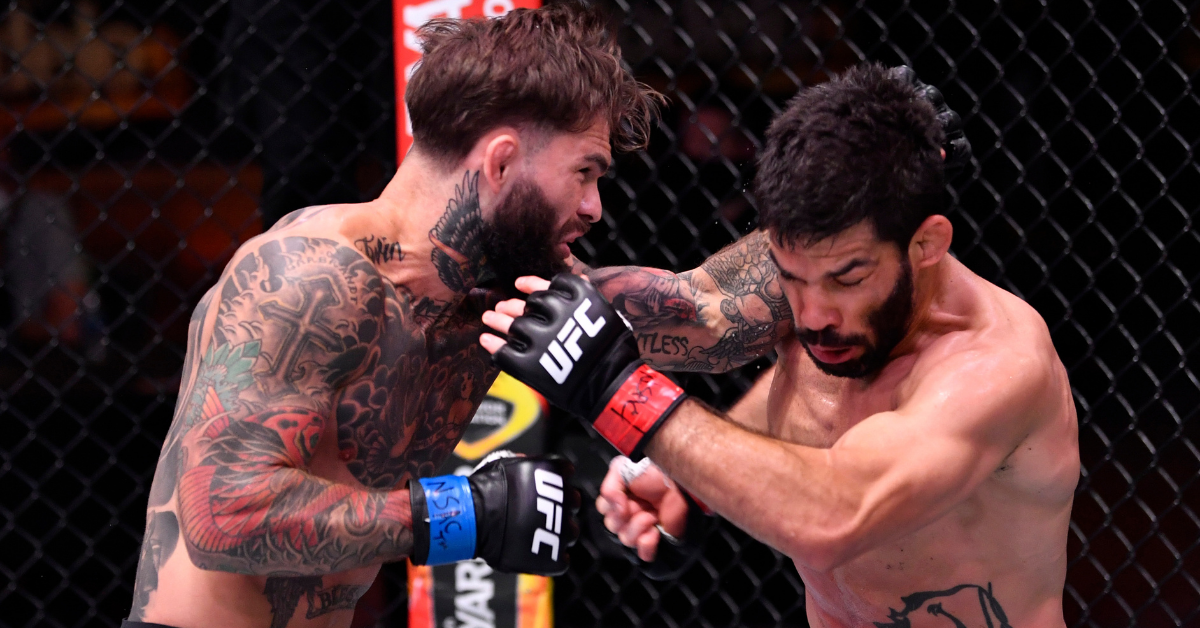 Cody Garbrandt made his much anticipated UFC return and picked up a brutal KO finish over Raphael Assunção in the co-main event of UFC 250. In the process, Garbrandt sent a chilling statement to the bantamweight division. Garbrandt looked sharp, and quick in his fight against Assuncao, Ever since the early minutes of the round, Garbrandt looked in complete control of the fight. He looked quicker that we have ever seen him, and very efficient in his attacks. It wasn’t the Garbrandt who looked to finish his fight quickly, and got tagged on numerous occasions. Garbrandt looked much evolved, and a carried great patience inside the octagon. A lot of it can be credited to coach Mark Henry, who has worked with Cody Garbrandt for his UFC return.

Garbrandt created history when he secured a unanimous decision victory over Dominick Cruz and won the UFC bantamweight champion. However, he lost the title to TJ Dillashaw, and succumbed to a first round KO loss in the rematch. It didn’t go well for Cody Garbrandt in the next fight, as he suffered yet another first round KO loss, this time against Pedro Munhoz. However, Garbrandt’s return to the octagon saw a muc more efficient version of Cody Garbrandt under Mark Henry. He looked technical, and fought a really smart fight against someone as credible as Raphael Assuncao. He scored a vicious KO with the buzzer in the second round, that sent Assuncao off to the canvas.

With win over #5 ranked Raphael Assuncao, Garbrandt will find himself in the top 5 when the new bantamweight rankings comes out next week. Additionally, Garbrandt has found his way back to the title picture with the win, and will look to continue the same momentum going forward.

OH MY GOD! CODY IS BACK BABY! #UFC250 pic.twitter.com/0c0vzAYHjN

Daniel Cormier sitting on the octagon-side, doing a brilliant job at the commentator’s table, had a hilarious, and equally shocking reaction to the brutal KO finish.

Former light-heavyweight championship contender Dominick Reyes, even called it the KO of the year, while other fighters also put out tweets reacting to the brutal finish.