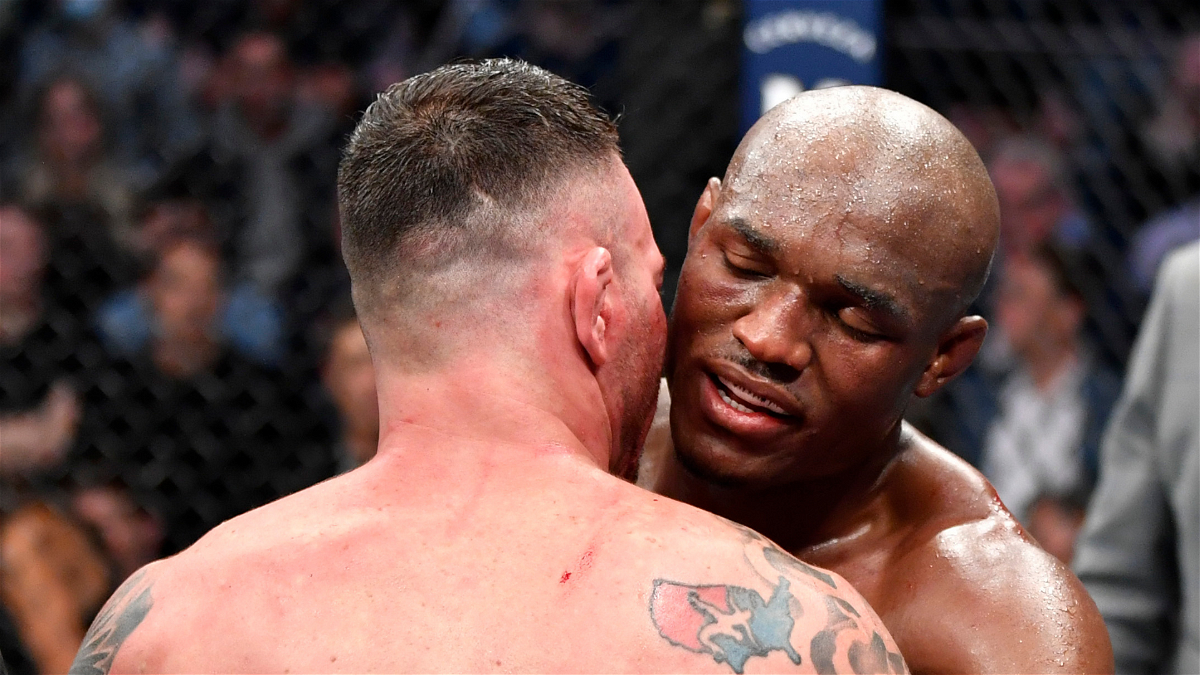 It’s not always that you see Colby Covington break his gimmick, and share words of encouragement about his opponent. However, that’s what happened as Covington and Usman put up a performance of a lifetime at UFC 268 inside Madison Square Garden.

There was a lot of trash-talking between both the fighters, with Covington leaving no stones unturned to get under the nerves of Usman during the pre-fight press conference. However, one thing is for sure, as much as Covington talks, he shows up inside the Octagon and will possibly go down as one of the greatest mixed martial artists of all time.

While it was not quite clear what Covington told Usman, from what we heard and Joe Rogan could help us with, it was along the lines of, “It’s all love for you. It’s all about making money nothing but love for you.”

#RT @espnmma: These two met in the middle for Round 5️⃣ #UFC268 pic.twitter.com/RxJQqfv4fY

Needless to say, it isn’t the first time that Covington has gone beyond his character, and definitely not the last time. However, at a time when Covington is only talking trash about his opponents, words like these really stand out. There was a lot that was said, including Covington’s comments on Usman’s father, however, after everything was said and done, there was nothing but respect between both the fighters.

Colby Covington has expressed his interest in fighting Jorge Masvidal next, revealing “unfinished business” with Kamaru Usman in a bid to challenge the welterweight champion for a trilogy fight. It should be noted that Covington hinted at a possible broken leg due to a calf kick during the first-second round at UFC 268, leaving him compromised for the duration of the fight. In such a situation, for Covington to bounce back the way he did, despite being knocked down twice in the second round, it goes on to speak volumes about the grit and skillset of Colby Covington.

Needless to say, Colby Covington is going to prove to be a tough opponent for Jorge Masvidal, but it will be interesting to see whether Masvidal will be interested in a fight with Covington if he gets past Leon Edwards next month at UFC 269.