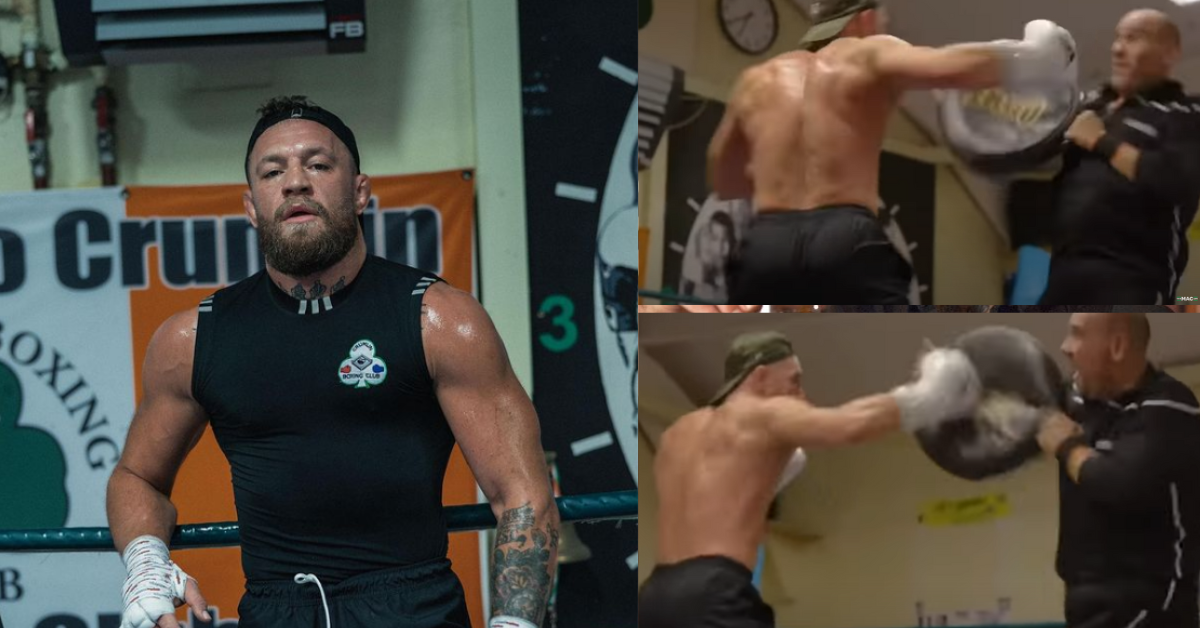 UFC’s biggest superstar Conor McGregor is getting ready to make a strong comeback this year. The Irishman has already started working on the pads, which shows a return is not too far.

In a recent video posted by the MacLife YouTube channel, Conor McGregor is shown throwing hard shots on the pads. Also, McGregor’s movement on the feet looked smoother than in his earlier session.

At UFC 264, Conor McGregor suffered a horrendous tibia break in his trilogy bout with Dustin Poirier. UFC president Dana White and McGregor both have hinted for his return to action at coming summer or early fall.

The Irish superstar is now more focused than ever on his return to action and is looking to rebound from his last row of defeats. In the footage, McGregor looks in a better form, hitting pads with vicious power, while his movement looks very impressive.

What is next for Conor McGregor?

Recently, Dana White confirmed that the former UFC double-champ is most likely to fight late in 2022 instead of in the summer. It all relies on how soon Conor’s leg is fully functional.

McGregor’s injury was a very nasty one. Hence, it’s understandable why the Irish fighter is looking slower than his usual prime form.

Conor recently expressed the wish to make history by becoming the first three-division UFC champion by taking a shot against Kamaru Usman for the Welterweight championship.

Being the biggest combat sports athlete of all time, McGregor is never short of opponents. Fighters from Henry Cejudo to the Middleweight goat Anderson Silva have at some point shown interest in fighting the biggest PPV draw in the history of the company.

However, UFC President Dana White has hinted at a Nate Diaz trilogy. But another matchup that fans have wanted to see for a long time is against Tony Ferguson.

Ferguson has called out ‘The Notorious’ on multiple occasions. But since both fighters have not shown their best form in the recent year, it would be a possibility to settle this more than a half-decade-long beef.

However, it remains to be seen which direction the company takes with Conor’s return fight. The last option and the least likely one is a title shot against the winner of Justin Gaethje vs Charles Oliveira at UFC 274.