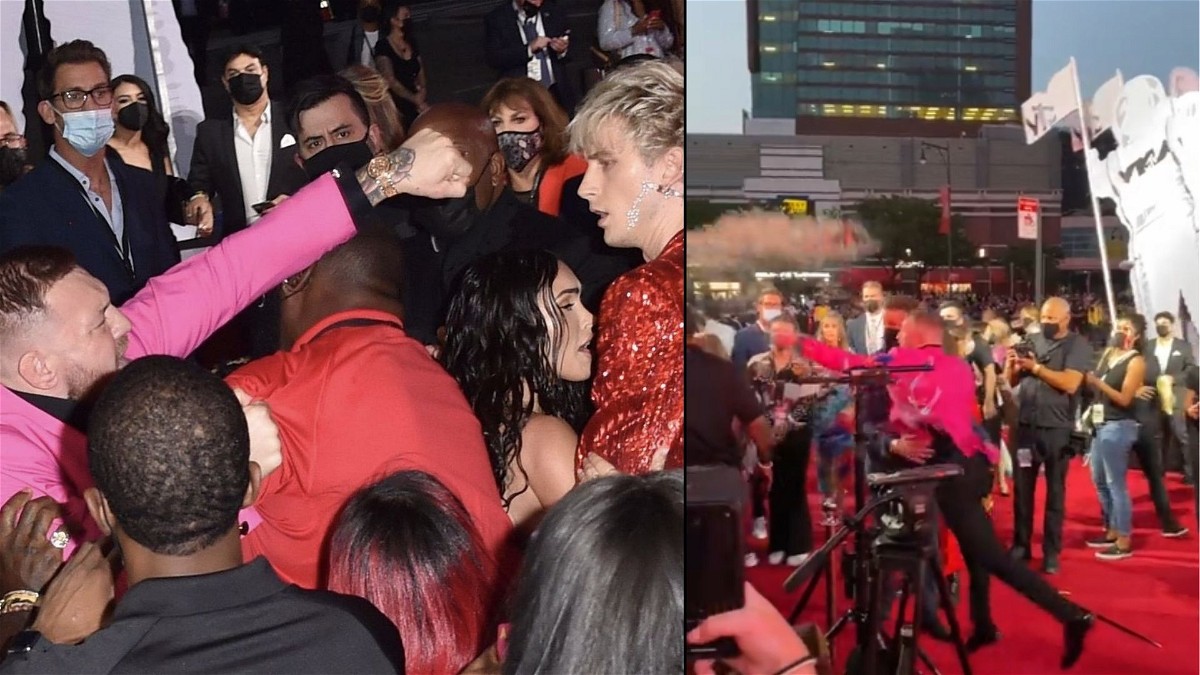 According to reports, it started with MGK denying a photograph to Conor McGregor at the MTV Music Awards. However, according to McGregor’s team, and the former dual champion himself, he doesn’t even know the Hollywood rapper.

Conor McGregor was present at the MTV music awards with his fiancé Dee Devlin and the couple looked absolutely ravishing on the red carpet. Here’s the complete video of the entire scuffle. In the video, McGregor can be seen throwing a water bottle on Hollywood rapper Machine Gun Kelly as the security tried to hold the former lightweight and featherweight champion.

Needless to say, this is not the first time that Conor McGregor has gotten into a physical altercation outside of the Octagon. Earlier, McGregor was facing criticism for his comments after his fight with Dustin Poirier, and on his wife Jolie Poirier. It goes without saying that the entire incident is once again a bad look on Conor McGregor.

At one point in the entire scuffle, McGregor even tried to punch MGK, creating an unpleasant situation all around. It won’t be wrong to call this a new low for McGregor, who is facing criticism for is comments on Khabib Nurmagomedov’s father, late Abdulmanap Nurmagomedov.

On the fight front, Conor McGregor is aiming to make a comeback to the UFC Octagon in 2022 after suffering a horrific leg break in the trilogy fight against Dustin Poirier back at UFC 264.