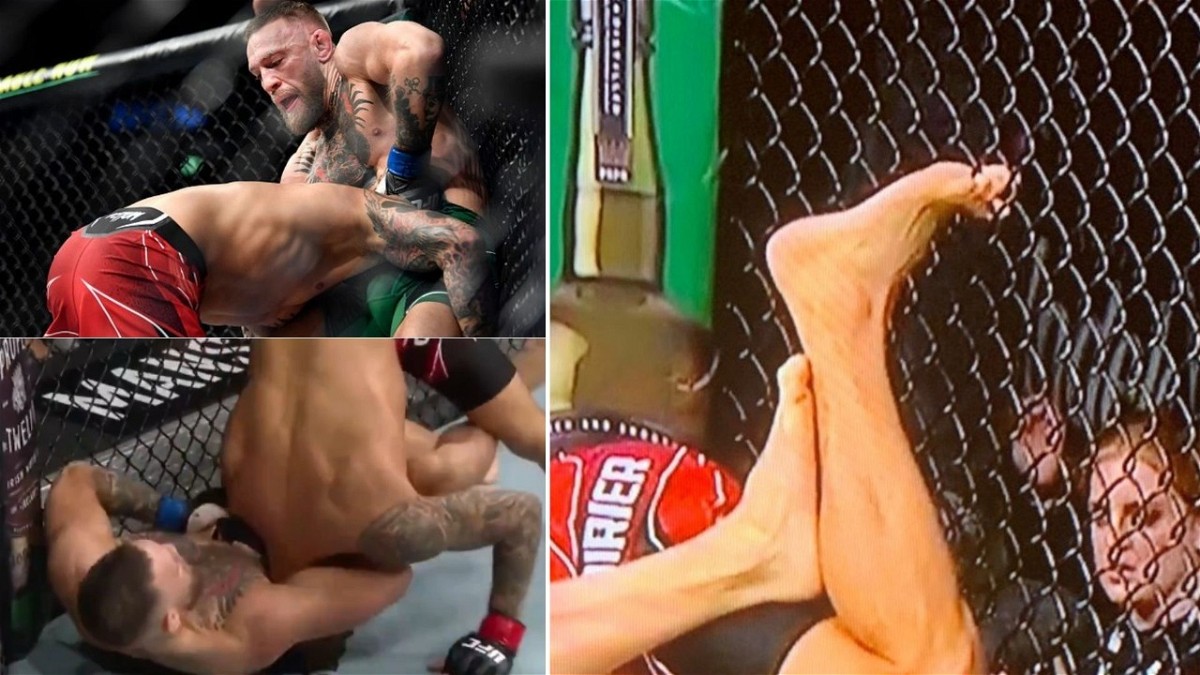 The much-anticipated trilogy between Conor McGregor and Dustin Poirier ended with an anti-climax at UFC 264. At the end of the first round, Conor McGregor became a victim of a freak injury and broke his ankle.

And this is one of the worst outcomes that could have come out of this trilogy. This ending takes away from the win of Dustin Poirier and it can have a huge impact on McGregor’s MMA future as well.

Conor McGregor looked sharp and precise with his striking early in the fight. He landed beautiful leg kicks to the body and lead leg of Dustin Poirier. However, Poirier hurt McGregor on the feet, which forced McGregor to clinch and avoid Poirier overwhelming him with punches.

In the clinch, Conor McGregor decided to pull a guillotine, which became the reason for his downfall. The same mistakes Dustin Poirier has done multiple times in his career and has paid a heavy price for it such as in Eddie Alvarez’s fight and against Khabib Nurmagomedov.

However, McGregor’s guillotine was tight and even Poirier admitted that at one point he thought he made a mistake by letting McGregor have the choke attempt.

But, Poirier would get out of the submission soon and land some heavy shots on McGregor on the ground.

It won’t be wrong to say that Dustin Poirier had a flawless performance against McGregor in the trilogy. He did take some damage in the fight but it’s nothing new to Poirier who has been through wars in his last few fights.

What happened when Conor McGregor attempted a submission against Dustin Poirier?

However, there is one moment the fans may have missed from this exchange. Dustin Poirier used the octagon cage to leverage his position and got out of the guillotine. Now Poirier might have committed this foul out of panic or in the heat of the moment and it may be completely unintentional, but it’s foul as per the rules.

And who knows what impact this foul had on the outcome of the fight. As crazy as it sounds, there is a possibility that McGregor would have finished Poirier with the guillotine.

Now looking back this foul won’t be given much importance. But, the referees must be more aware of these little fouls. Even in the co-main event, Gilbert Burns landed multiple shots to the back of Wonderboy’s head in the final exchange of the fight.

Now the fight did not end because of that and irrespective of those illegal strikes Burns was going to win the fight. However, that can have a long-lasting impact on the well-being of a fighter. And if it is in the rule books then referees have to be aware of these fouls in every single fight.

Though it’s up to the fighters to protect themselves at all times sometimes the referees must jump.