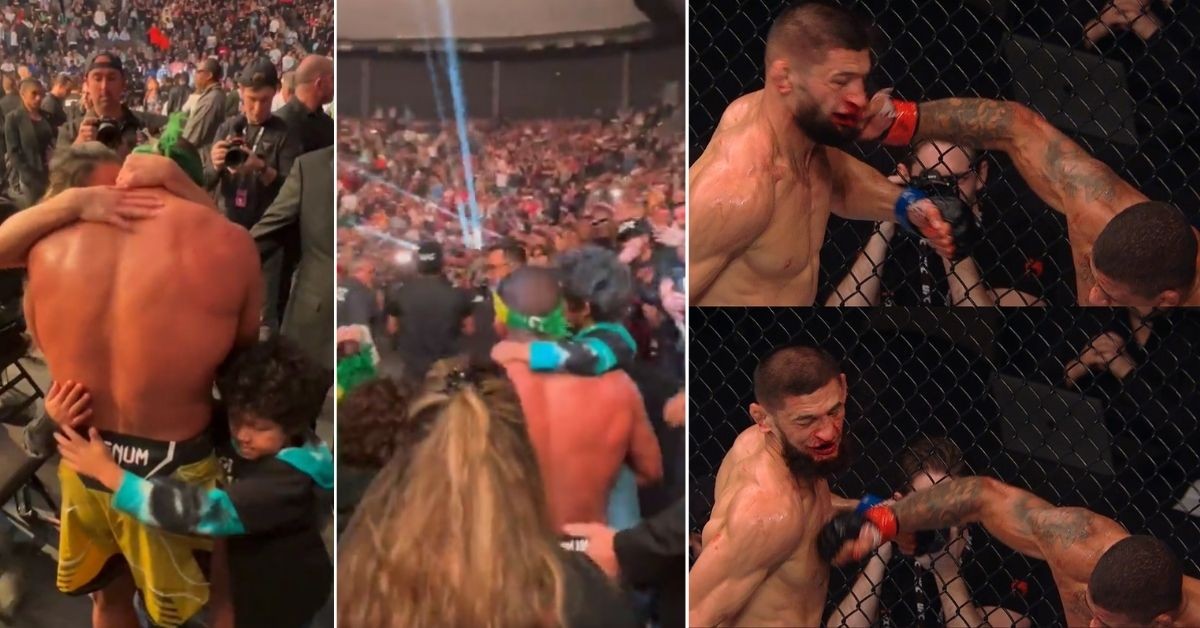 Gilbert Burns showed the heart of a warrior against Khamzat Chimaev at UFC 273. The Brazilian BJJ ace did not only deliver one of the finest performances of his mixed martial arts career but also proved to be quite a test for the insanely talented Khamzat Chimaev. Burns and Chimaev engaged in a brutal back and forth in what was a three-round of war at UFC 273.

Burns received huge support from the Jacksonville crowd, who praised Burns for his performance with loud cheers and applause. Soon after the fight, Burns could be seen embracing his family and kids. Needless to say, it was both a wholesome and proud moment for Gilbert Burns who showed nothing but grit and determination inside the cage at UFC 273 against Khamzat Chimaev.

Gilbert Burns embraces his kids after going the distance vs. Khamzat Chimaev ????

Gilbert Burns is married to Bruna Burns and the couple has three kids between them. Burns hails from Brazil and is one of the most decorated BJJ practitioners of the modern era.

Needless to say, Chimaev found the first tough test of the UFC elite, and as he goes forward in his UFC journey, it will be interesting to see how he fares against the absolute best inside the Octagon.

Meanwhile, Gilbert Burns has nothing to be disappointed about, after putting up a performance like that inside the cage. At a time when a lot of fighters evaded a match-up against Chimaev, Burns was the only fighter who stepped up to fight the surging contender. #2 ranked Burns will look to jump back to the winning column and could eye the winner of Vicente Luque vs Belal Muhammad next.