Watch: Gilbert Burns Knocks Down Khamzat Chimaev for the First Time in His MMA Career at UFC 273 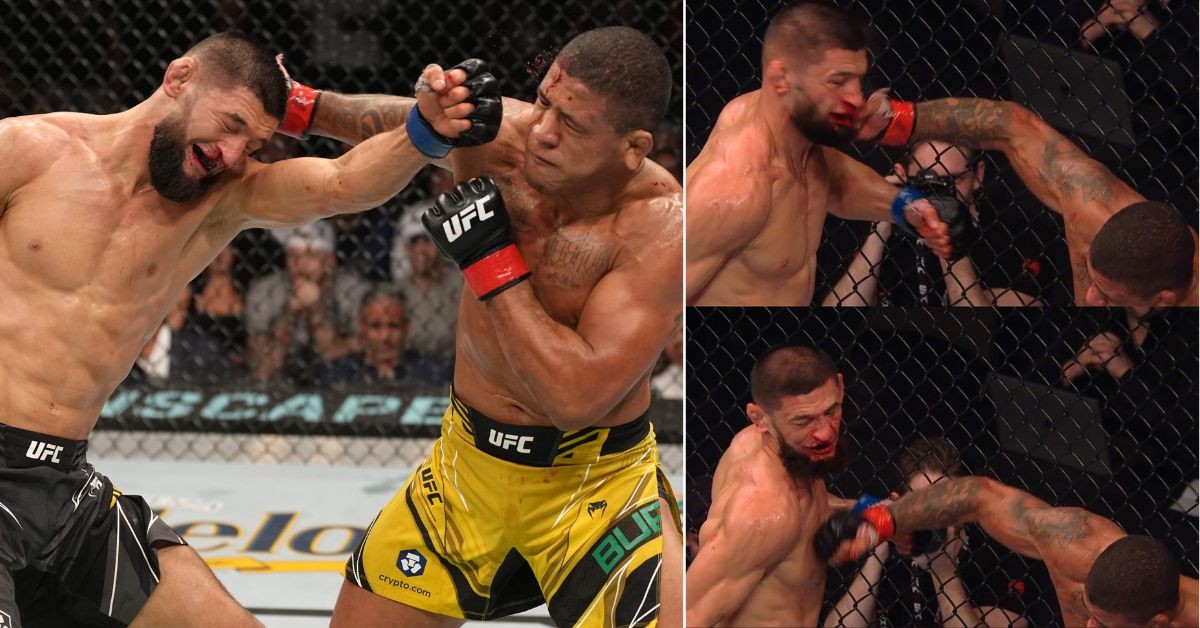 Gilbert Burns and Khamzat Chimaev finally shared the UFC Octagon in what was a brutal three-round of war between both the Welterweights. It won’t be wrong to say that both the fighters emerged as winners after the fight. While Chimaev picked up the victory on the card, Burns won the heart of every fan present inside the VyStar Memorial Arena in Jacksonville, Florida.

Having absorbed just a single significant strike in his first four fights in the UFC, Chimaev got the test of the best against #2 ranked Gilbert Burns, who may have just taken the “invincibility” away from the Borz. Going into the fight, Chimaev was looked upon as a fighter who has never faced any adversity. However, after everything was said and done, Chimaev finally got the test of the UFC elite as he faced his first real competition inside the UFC Octagon.

While Chimaev started the fight in his own dominant fashion, it was Gilbert Burns who picked up the momentum in the second round. After everything was said and done, it was Chimaev who emerged victoriously, but not without his fair share of adversities. Khamzat Chimaev picked up the victory 29-28 on all the judges’ scorecards for the winner by unanimous decision.

Khamzat Chimaev may have won the fight but Gilbert Burns showed up tonight at #UFC273 pic.twitter.com/l1u2oEIQz5

Burns connected a right hand that stunned Chimaev during an exchange near the cage in the closing moments of the second round. Another right from Burns dropped Chimaev, who ran for a takedown to evade further damage. Fortunately, with little time on the clock, Chimaev was able to recover quickly and come back strongly in the third round.