Watch: Islam Makhachev vs Zabit Magomedsharipov in an Intense Back and Forth Fight in Combat Sambo 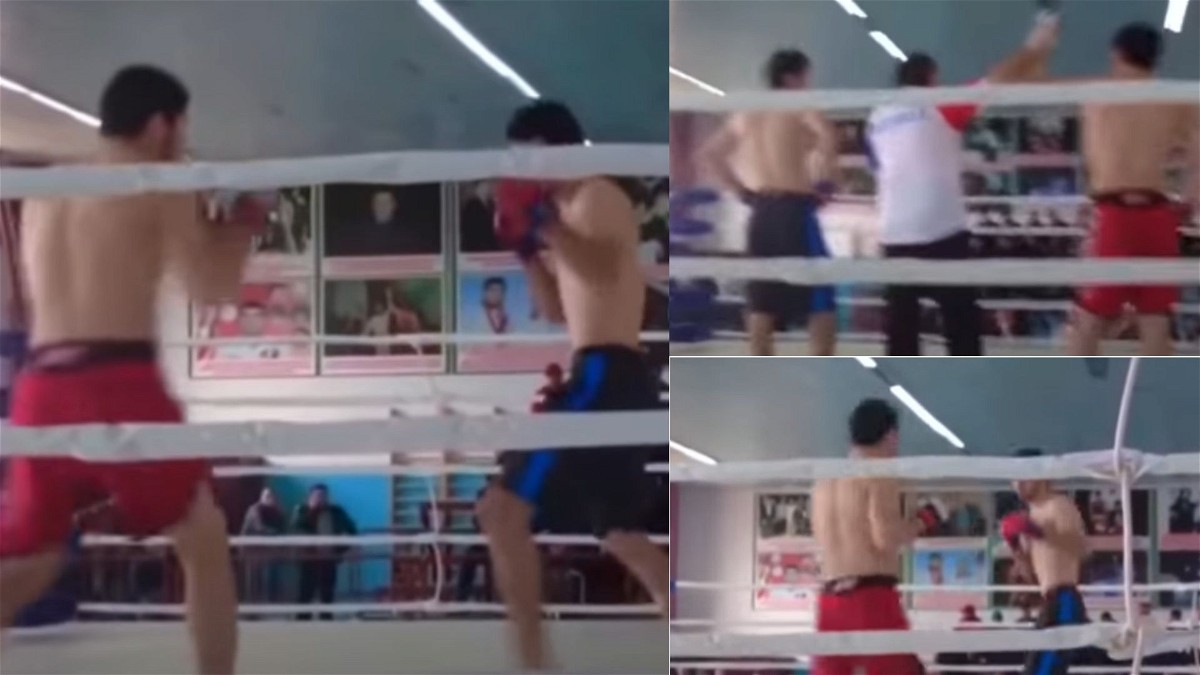 Despite the incredible talent that comes from Dagestan to the UFC, we have hardly seen two Dagestani fighters battle it out inside the UFC Octagon. While that stands to be the case, it wasn’t such in Russia as fighters had to face each other in Combat Sambo competitions. We got our hands on one such footage where lightweight contender Islam Makhachev can be seen taking on the former featherweight contender Zabit Magomedsharipov in an intense back and forth fight.

The sport of combat sambo involves both grappling and striking and is very much like the mixed martial arts that we know today. Islam Makhachev got the better of Zabit Magomedsharipov in the two-round war that started with Zabit immediately taking Makhachev down in the first round, and controlling him quite comfortably from the mount position. However, it was the second round where Islam flipped the switch and was able to dominate Zabit throughout the course of the entire round.

After everything was said and done, we can see Islam Makhachev get his hand raised in what is now a once-in-a-lifetime opportunity considering the heights that both Islam and Zabit have attained over the years in the sports of mixed martial arts.

Islam Makhachev vs Khabib Nurmagomedov – Who wins the fight?

In the past, UFC dual-weight champion Daniel Cormier has stated that Islam Makhachev is a better grappler than Nurmagomedov, however, Khabib‘s ability to mix striking stands untouched. Recently, Khabib’s former coach Javier Mendez revealed in a conversation with Mike Swick on the  Mick Swick podcast that Islam “beat the cr*p out of Khabib Nurmagomedov” in the training sessions.

“Khabib got better at knees because he got tired of Islam beating the cr*p out of him. Islam beat the crap out of him so next thing you know, Khabib’s like ‘I’ve even got knee pads’ because I wouldn’t allow these guys to throw knees if they don’t have knee pads so I’ve been getting his knee pads because Islam is beating the cr*p out of him. So that’s how the progression came. That’s how good Islam was. So he was able to adapt and learn from other people while Khabib was more loyal.”

While there are several footage on social media where both the Dagestani stalwarts can be seen battle it out in a sparring session, we will never know who is the better fight among the two.