WATCH: Sean O’Malley Loses to Robert Degle Via Heel Hook On The Same Leg He Injured During UFC 252 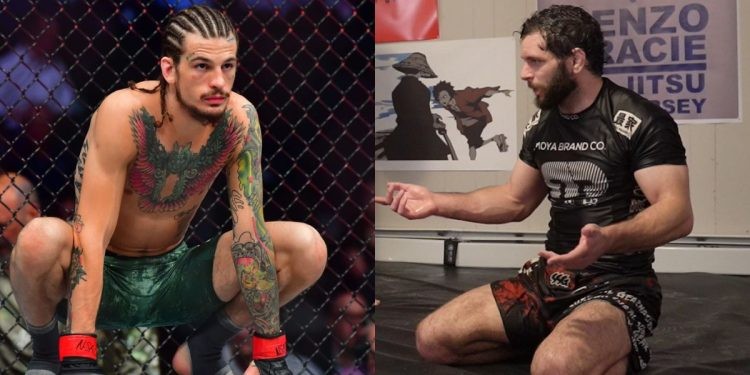 Robert Degle forced a submission hook to hand Sean O’Malley a loss in a grappling tournament final. The leg-lock specialist looked absolutely brilliant against rising Bantamweight contender as he forced a heel hook submission to grab the victory this weekend at a Grappling Industries tournament final in Phoenix, Ariz.

Robert Degle is a black belt in Brazilian Jiu-Jitsu and targeted the same leg that Sean O’Malley injured against Marlon Vera in his fight at UFC 252. Sean O’Malley injured his leg a little over a month ago against Marlon Vera in the co-main event of UFC 252. After dominating Marlon Vera for the better part of the first few minutes, a brutal calf kick from Vera ended O’Malley compromised. The Suga Show would go on to lose the fight via TKO in the first round.

“For Sean to compete in such an event demonstrates a very respectable desire to grow as a martial artist,” Degle wrote. “Realistically he had nothing practical to gain by doing this event. The man has over a million followers and is surely making bank in MMA. So why do the event? We spoke afterwards and he explained that he simply loved JuJitsu. I hope the experience of competing against me helps push him to further development as a martial artist. I was a fan before but an even bigger one now.” Degle said on his social media platform.

In recent footage released by Degle himself, the submission specialist appreciate Sean O’Malley for stepping up to compete in the tournament and stated that his respect for the UFC fighter has only increased. He said that he hopes Sean O’Malley comes out with a learning lesson with the loss, and wished him luck for his MMA career.

Sean O’Malley has denied accepting his loss against Marlon Vera and could be looking at making a return to the octagon to rest all the allegations to rest. After garnering huge attention and hype in such a short period of time with back to back flashy finishes, fight pundits, and many fights fans were still not sold on O’Malley. The loss to Marlon Vera only made it worse, with O’Malley’s reaction not helping the fighter in any way. However, if Malley can put up an incredible performance in his next fight, there’s a reason to believe he will be back in the run.