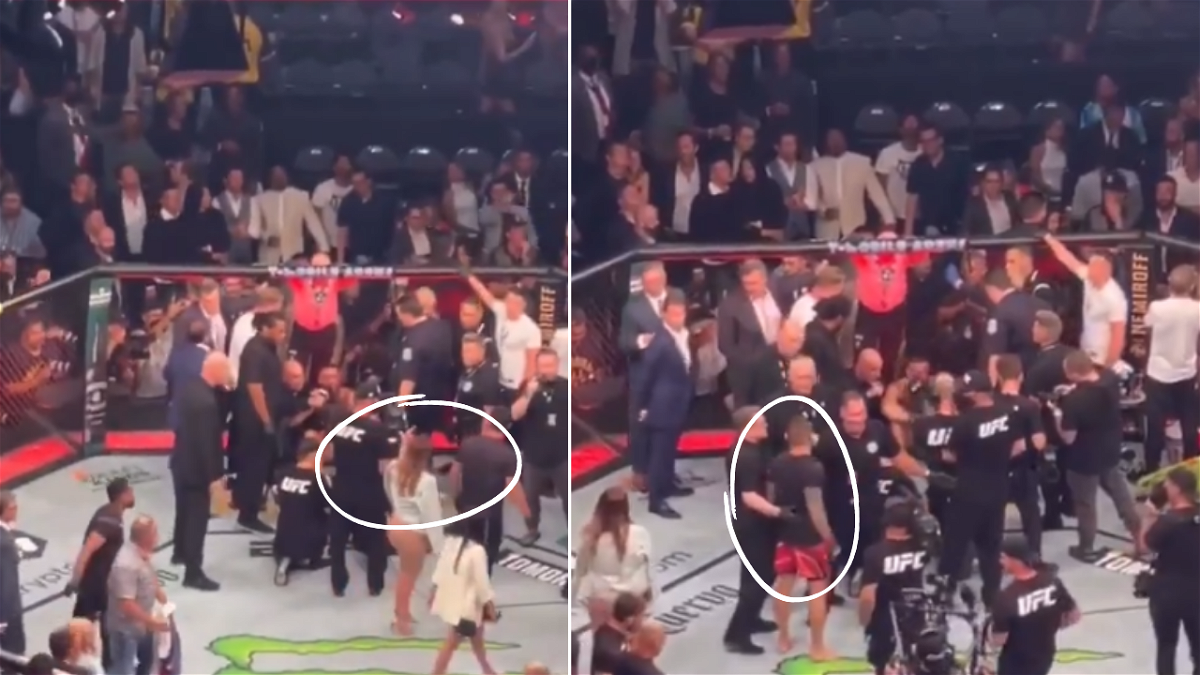 Conor McGregor made headlines after the unfortunate conclusion to his trilogy fight against Conor McGregor at UFC 264 for all the wrong reasons. McGregor came into severe scrutiny for his comments on Poirier’s wife Jolie Poirier. McGregor received continuous criticism for his comments on Jolie Poirier in the lead-up to the fight and the Mystic Mac didn’t stop there as he went on to ridicule Poirier’s family from the hospital after undergoing surgery for his broken leg.

I finally managed to find the video version of Jolie Poirier giving Conor McGregor the middle finger after the fight: pic.twitter.com/Wa1WULrNqO

Several fighters took to social media networks to criticize the former dual champion for his comments inside the Octagon and with Dominance MMA CEO Ali Albadelziz asking for a huge fine on McGregor.

However, according to the new video that has surfaced online, it’s quite visible that Dustin Poirier tried to get to Conor McGregor during his interview. As Poirier is taken away by the security guard, his wife Jolie Poirier makes the walk to her husband before flipping off the bird at McGregor.

(Extended version with Dustin trying to get to Conor during his interview) pic.twitter.com/0YburkZTpk

It is this when McGregor starts talking trash about Dustin Poirier and his wife, telling him that “your wide is in me DMs.” Needless to say, this is a new revelation and while McGregor should be held accountable for what he said inside the Octagon, it’s equally important to note that there were a lot of bad decisions made by both Poirier and his wife on a fighter who had just completely shattered his leg during the fight.

It won’t be wrong to say that Poirier and his wife played a huge part in instigating McGregor who was evidently high on emotion and adrenaline after breaking his leg in the closing moments of the second round. Additionally, commentator Joe Rogan’s decision to interview McGregor in the aftermath of such a horrific injury also raises a lot of questions.