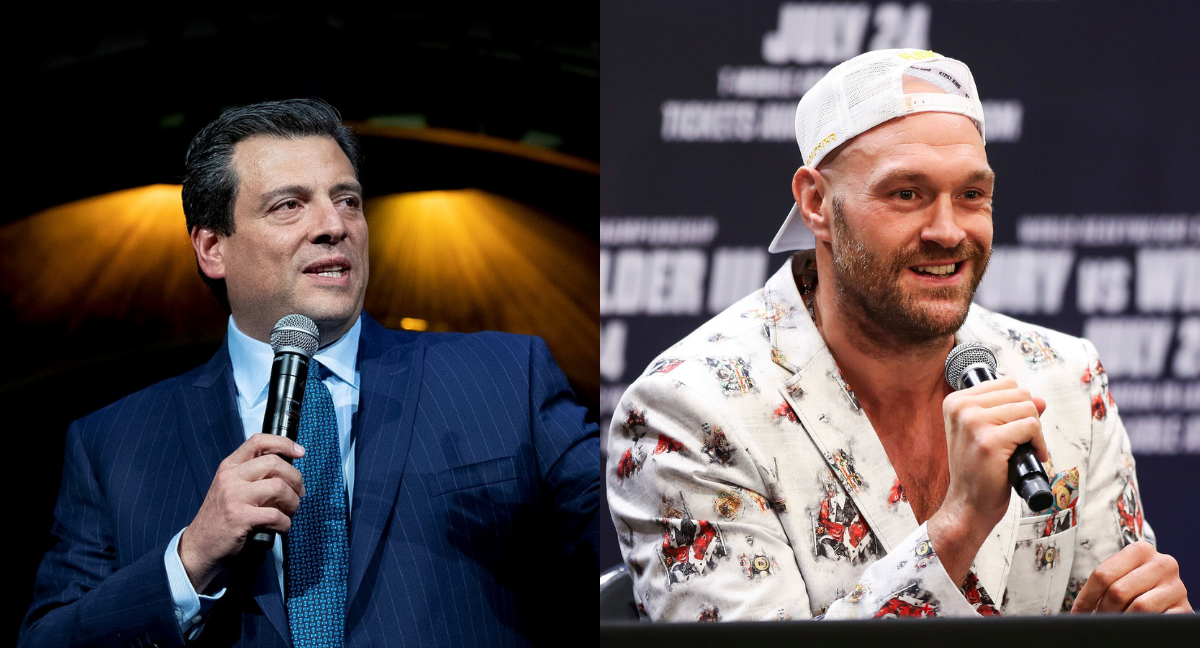 Tyson Fury recently marked his second successful title defense, this time against Dillian Whyte. ‘The Gypsy King’ made it a short night out in front of 94,000 spectators at the Wembley Stadium as he knocked out Whyte in the sixth round of the fight.

WHYTE GOT ROCKED BY FURY 😱😱#FuryWhyte

Following his win over ‘The Body Snatcher’, Tyson Fury shocked the world by claiming that he was retiring from the sport. However, ‘The Gypsy King’ has not vacated his heavyweight title just yet. This might give his fans a sliver of hope for his return.

Speaking about Tyson Fury’s situation, the President of WBC, Mauricio Sulaiman has claimed that they are not pressuring Fury to make a decision just yet. During an interview with Planet Sport, he said:

“We’re going to give him the time he needs to reflect, to relax. He just did the mandatory of the division. There’s no hurry to pressure him or his team into making any decisions. We will be in communications, he’s having a holiday with his family.”

Who will Tyson Fury fight if he decides to return to the boxing ring?

Tyson Fury will most certainly look to have a go at the winner of Anthony Joshua vs. Oleksandr Usyk 2 if he decides to come back. There has always been a lot of buzz surrounding a potential fight between Joshua and Fury. However, it failed to come to fruition after the former lost to Usyk last year.

Now, Anthony Joshua is set to take on Oleksandr Usyk again later this year in an attempt to avenge his loss. If Joshua manages to emerge victorious this time around, Tyson Fury will most certainly be lured into putting on arguably the biggest heavyweight bouts of recent time. However, even if ‘AJ’ fails to beat Usyk, ‘The Gypsy King’ can still choose to fight the Ukrainian for the Undisputed Heavyweight Championship.