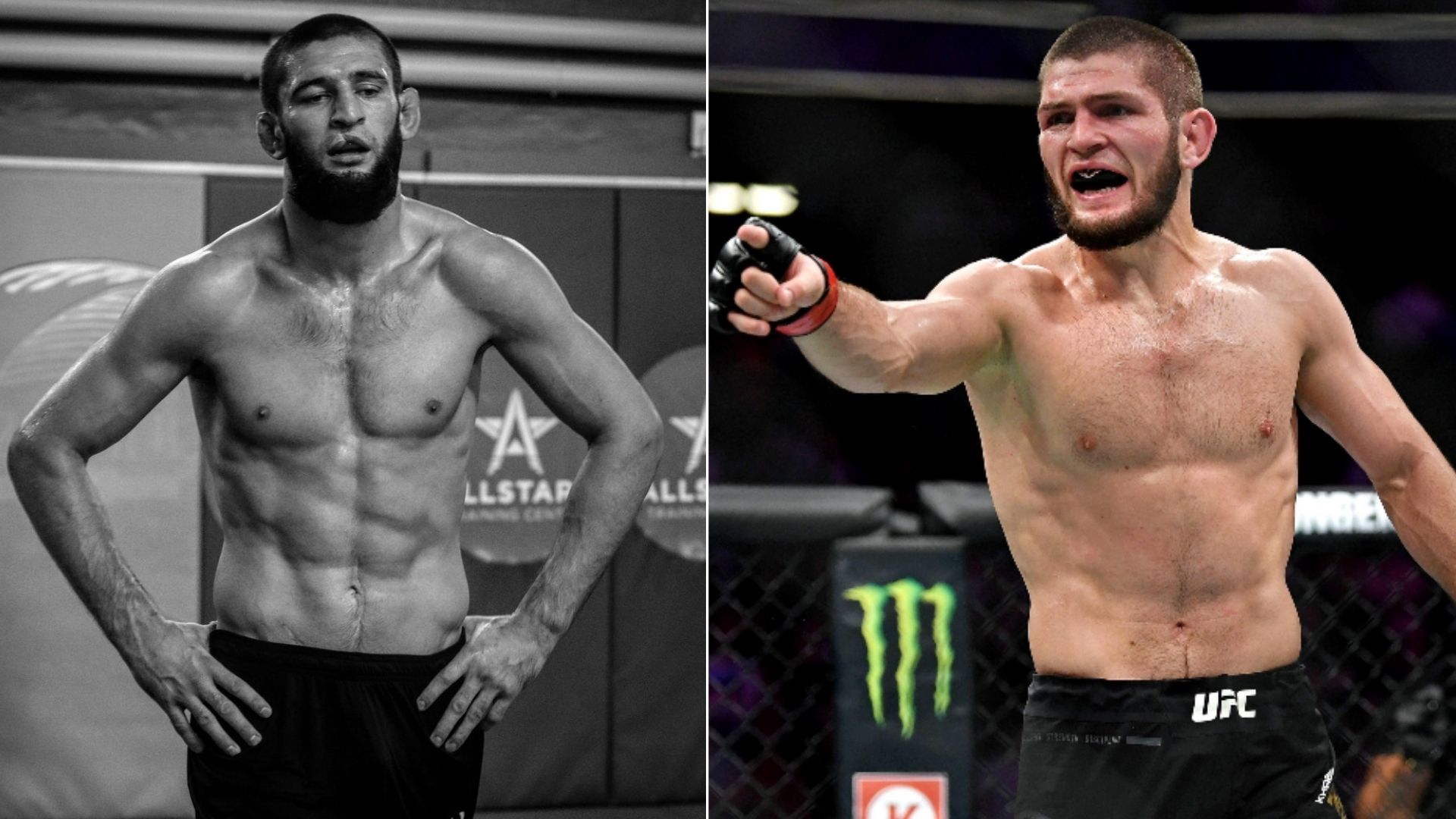 In such a short period of time, Khamzat Chimaev has become one of the most popular fights in the UFC. However, recently, his comments on Khabib Nurmagomedov brought him a lot of negative media attention and made many fight fans ponder about exactly what went wrong between the two fellow Russian fighters.

Now, Khamzat Chimaev clears the air surrounding his rivalry with the former UFC lightweight champion and stated that the entire beef started with a comment he made in response to a “guy” on the internet.

“Where this come, all this stuff you know, Khamzat want to fight Khabib something. My mom called me, ‘why you want to fight with Khabib,’ I say, ‘I doesn’t want to fight with this guy.’ I seen the YouTube something, like, some people, some guy write something about me, like ‘Khabib gonna smash you.’ I answer for this guy, but it was my wrong. but because I answered to some bulls***t guy, nobody knows him.”

“If he wants to smash me, I can smash him too because I am man, real man, I am gonna answer like that.”

“This guy we looked up to him, beginning, and now still look up to him. He’s like become a champ, he’s like one of the best fighters in the world and people think I hate him, I love him because he is Muslim, I am Muslim. It’s like same, he come like some village like me, same country, same small republic like Chechnya, Dagestan, they are still the same. I have a lot of brothers in Dagestan. Yeah, he is Muslim, I am Muslim, we are brothers, Alhamdulillah”

Chimaev explains how he has always looked up to Khabib Nurmagomedov and prayed for the Dagestani fighter during his fight with Conor McGregor back at UFC 229.

Who wins in a potential match-up between Khamzat Chimaev and Khabib Nurmagomedov?

It’s safe to say that Khabib Nurmagomedov is a lot more experienced than Khamzat Chimaev, and partly due to this face, he has the edge of getting a win over Khamzat Chimaev.

While both the fighter employs the same kind of fighting style, that mostly involves their elite grappling, Khabib has grown tremendously as a striker as well and is inarguably seasoned than Chimaev.