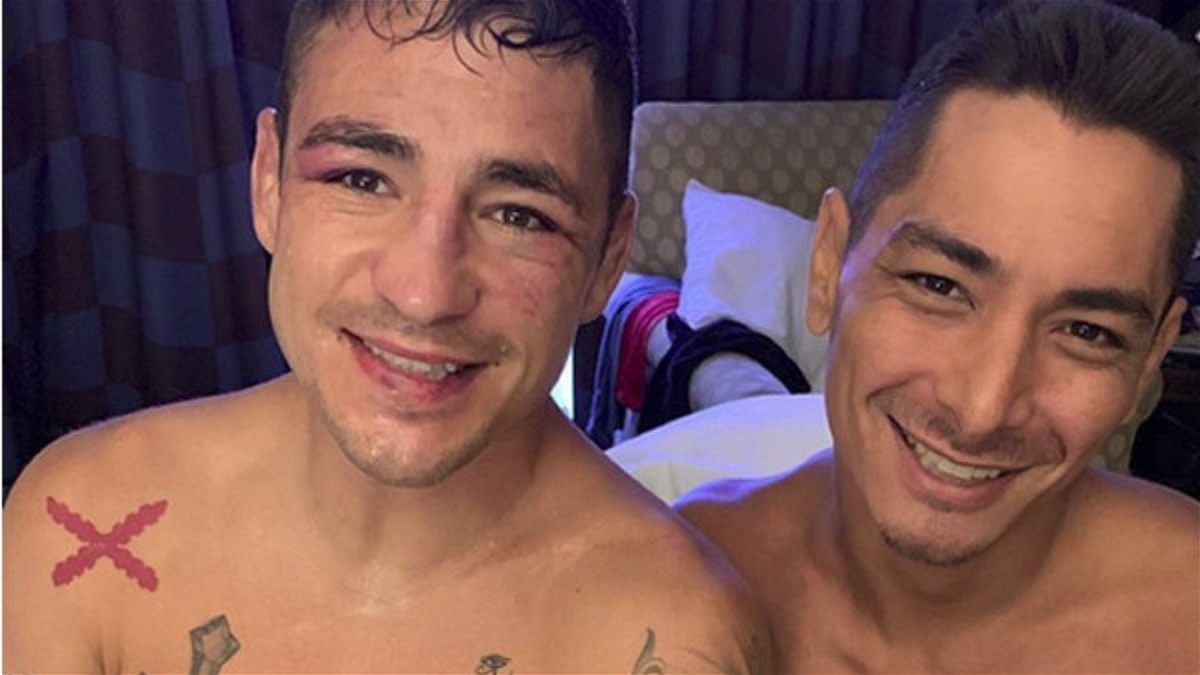 Diego Sanchez clears the air on his relationship with coach Joshua Fabia after multiple theories from fans suggested that Sanchez and Fabia are in a relationship. Donald Cerrone fueled the fire after he called Joshua Fabia his “new lover” in the recently concluded press conference ahead of UFC Vegas 26. Diego Sanchez was expected to face Donald Cerrone in his UFC return, however, an ugly spat with the UFC led to Sanchez and UFC parting ways on bitter terms.

Diego Sanchez went to the length of saying that the UFC might come after him after his actions, and if he dies in the next couple of years, it is because he raised his voice against arguably the biggest MMA promotion in the world, the Ultimate Fighting Championship. After an illustrious 16 years with the company, Diego Sanchez parted ways with the company and is now looking to make his MMA return in another promotion.

Sanchez has shown no interest in retiring and wants to continue fighting for as long as possible. Sanchez is widely regarded as one of the greatest mixed martial artists of his time. However, in recent years, his association with Joshua Fabia has been questioned by fighters and fans alike.

Even UFC president Dana White believes that Joshua Fabia has had a wrong impact on Diego Sanchez. Somehow, Fabia has managed to earn Sanchez’s trust and is now using him. Joshua Fabia has made headlines for all the wrong reasons in the past. A video of Fabia running behind his fighters with a knife in his hand appeared on social media, leading many to question the company that Diego Sanchez is keeping. The coach also found himself under a lot of scrutinies after he blamed Dana White for sleeping with female fighters.

Diego Sanchez says he is not homosexual

However, recently, a lot of fans have also wondered whether the closeness between Diego Sanchez and Joshua Fabia has to do with their sexual preference. Many believe that Sanchez and Fabia are homosexuals, and Sanchez, a father to a daughter, is in a relationship with Joshua Fabia.

“Cowboy on his fight week, he is going in against Alex Morono and he has a young killer to worry about. He has been throwing low blows under the belt saying that I got trapped in a sexual way by Joshua.”

“First of all let me clarify this, I and Joshua are not sexual. We are not homosexuals. We are brothers.”

Clearing all the rumors, and also answering Donald Cerrone, Sanchez has made it clear that he is not in a relationship with Joshua Fabia and their association with each other is like that of brothers.